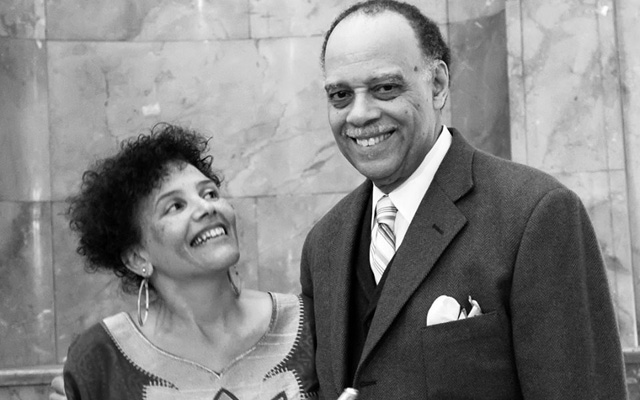 The voice of Mother Africa soars in the Jazz of Nicole Mitchell, through her Black Earth Ensemble and remarkably higher on its wounded wing here, on Liberation Narratives with the poems of Haki Madhubuti, who recites the poems himself to great effect. These are some of the most strident poems since Gil Scott-Heron and The Last Poets, the wittiest since Oscar Brown Jr. and also among the most lyrical since Langston Hughes and Oscar Brown Jr’s. Naturally much of this has to do with Nicole Mitchell and the warm fluttering lines that escape from her flute, the brutal, torn lines of Pharez Whitted’s trumpet, cutting through the heart of the poet’s own lines in “Blackman Unfinished”.

There has probably not been anything on record in the more recent past that has cut through the silence of the air in a global society silent to man’s inhumanity to man – not since Charles Mingus and Dannie Richmond rapped on “Fables of Faubus”, which was first recorded (but never heard) for Mingus Ah-Um (1959) until Mr Mingus’ widow, Susan restored the original unexpurgated piece and featured it on 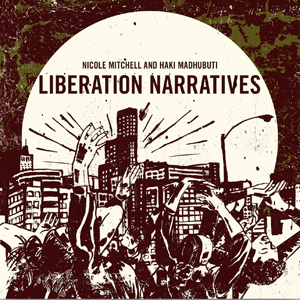 Revenge: The Legendary Paris Concerts featuring Eric Dolphy (1996). Nor has any music and poetry touched raw nerves since To Pimp a Butterfly (2015) by Kendrick Lamar. All of these works including Haki Madhubuti’s, it bears mention, follow a timeless West African ‘griot’ tradition.

But Nicole Mitchell’s composition and arrangements of the music that swathes Haki Madhubuti’s poetry is vivid and more exhilarating than many of the recent volumes of poems and poetry from Jazz in concert or on record. It is clearly indicative of a deeply shared vision; an obsession with developing an art form that makes possible the expression of an unbounded feeling. The piece “Rise Vision” featuring Mr Madhubuti’s breathless recitation along with the ensemble is particularly joyous “unbounded feeling” rising heavenward, not so much in plaintive supplication here, but rather as a Black equivalent of Friedrich Schiller’s “An die Freude” from Beethoven’s legendary Ninth.

The lyric that immediately follows, “Peace Starts Inside of You” is similarly uplifting but Ugochi’s vocals are imbued with religious devotion and yet full of anguish and torment. Later violins and cello create wonderful layers of colours and textures, multiplying the ululating, quivering sensations that ripple through the body, especially on “We Walk the Way of the New World”. The impact here is heightened (again) by the superb playing of Mr Whitted’s trumpet. As the album passes so also does a truly fine pianistic performance by Miguel de la Cerna, who plays a quiet, yet masterful role as do the very best pianists in Art-song and classical Lieder. An album to die for.