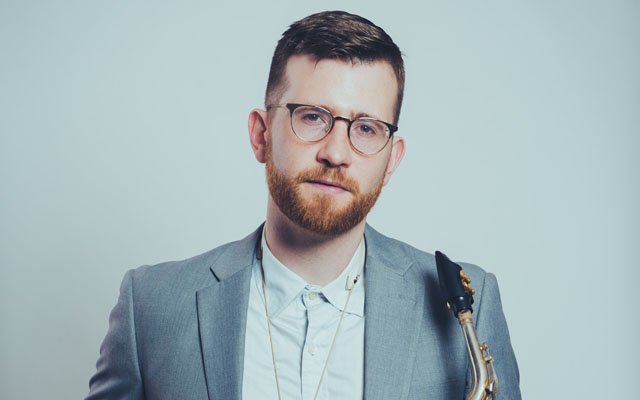 With so much 21st century music to choose from on your desk, your radio and stereo, it’s refreshing when a disc turns up that harks back to the swinging sixties. In this case it’s a disc by the alto saxophonist Nicholas Brust in which the composer and instrumentalist breezes through nine superbly crafted tunes with a quintet seemingly completely attuned to his vision and artistry. 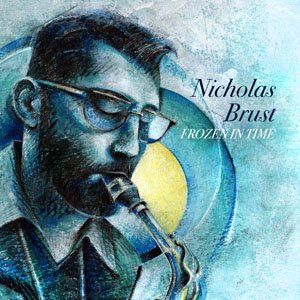 The album is entitled Frozen in Time which, at first blush is a little risqué as it might seem to suggest “too much looking back”. But once you spin through the recording for the first time you soon realise that the title is suggestive of the composer’s rather cinematic style of writing – one that is visual in a painterly manner – and not some existential nod to tradition. However, every bit of the writing is “in the tradition”, which is also refreshing as most of Mr Brust’s contemporaries cannot seem to resist the temptation to write melodies that are twisted and explore harmonic conceptions driven by gesture and device that the recordings become parodies of those very gestures and devices.

Mr Brust’s approach, then, is to write melodically and – as it turns out – this reveals a musicianship that is genuine because it is based on songfulness; which is to say melodic lyricism enriched by counterpoint and rhythm used in such a manner as to spotlight melodic writing replete with the beauty of enharmonic surprise among other things. Also, as an alto saxophonist, Mr Brust’s originality is compelling and it seems to set him apart from others playing the instrument – indeed most other horn players.

Not for him [Mr Brust, that is] relentless torrents of notes, honking riffs, biting attack; his trademark is a round sound, lithe and elegant as well as warm and swinging, plus the tantalizing asymmetry of his lines, which set off in wrong-footing directions and unexpected turnarounds, but always seem to land exactly right melodically and harmonically, with their own fascinating rhythm. The piano and guitar – two chordal instruments – are interestingly positioned to extract novel colours and textures from the arrangements. “Soliloquy in F Minor” is a superb example of very mature and original writing. Somehow, one cannot help but expect much from Mr Brust – and that too, quite soon.