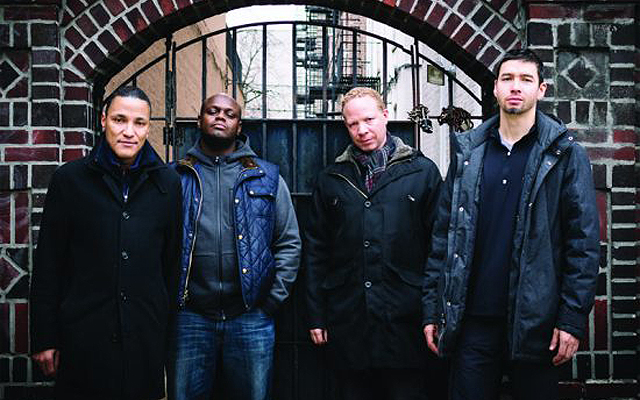 The poet may be the most conspiratorial of artists; often exercising a most unbridled privilege to enter another person’s mind. Miles Okazaki is one such poet, only unlike a wordsmith, he plays with notes, phrases and extraordinarily vivid imagery. On Trickster there are nine songs based on legendary characters from all over the world, tricksters and mischief mongers one and all whose tales of disruption and mayhem have regaled audiences sending shivers of fear and delight among men women and children who stayed up to listen.

Most of the songs contain vocals or recitation in their original form, but Miles Okazaki uses much ingenuity here to transpose the often epic stories to his very personal landscape of music. As a guitarist, who burst out of his harmonic role in the ensemble, Mr Okazaki has always shown a frontiersman’s genius for breaking out of rhythmic enclosures, no matter how complex and labyrinthine these have proved to be. 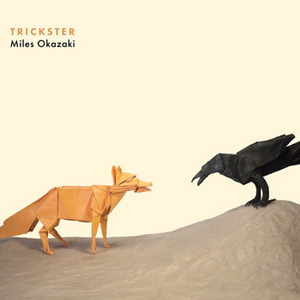 His other unique ability immediately follows this one and using it he turns seemingly complex and rigid mathematical time signatures into breathtakingly enjoyable and dancing arabesques and enduringly architectural – even songful – musical edifices.

This music has all of those monumental characteristics written all over it, couched in the mischief of mythic shysters, of course. None of the stories – explained in the liner notes written by Miles Okazaki – are commonly known to western societies. However, nothing in the music makes for sounds that are exotic and obscure. Rather, on music such as “Box in a Box”, “Black Belt” and The Calendar” and everywhere else, using the configuration of a easily recognisable musical quartet including musicians – Craig Taborn on piano, Anthony Tidd on bass and Sean Rickman on drums – and dipping into The mBase Concepts of organic thematic development Miles Okazaki turns what could easily have become obscure narratives into refreshing and quite magical music.