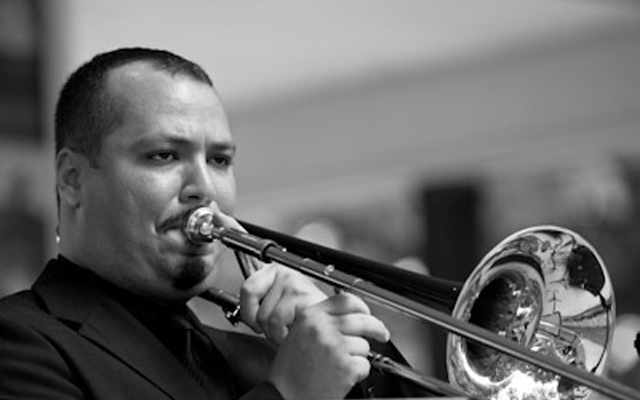 Trombonist Michael Dease has played Jazz since his first album in a manner that always been idealistic – meaningfully so – at a time when idealism seems to be on the way out at the heart of the idiom. In his few years as a leader (many sets of which have been exquisitely captured by Marc Free and Nick O’Toole) all wonderfully documented on Posi-Tone Records, which also boasts a (studio) roster of several powerhouse players whose stars are also on the ascendance. 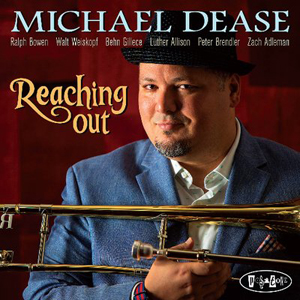 This recording, Reaching Out is no exception. There is a predominantly contemplative cast to this set, which intersperses original pieces by Mr. Dease with charts by Cedar Walton, Paul and Linda McCartney, Conrad Herwig, Steve Turre, Kenny Drew and others and a familiar gem from Nuno Bettencourt and Gary Cherone, “More Than Words”, which is rendered afresh, complete with rolling arpeggios and sublime glissandos.

Meanwhile Kenny Drew’s “Ballade” has been so thoroughly yet sensitively transformed that you’d hardly guess it almost wasn’t devised there and then, specifically for this cohesive recital. Mr. Dease’s playing throughout is intimate, restrained, reflective, introspective and deceptively simple. All the while he moulds various disparate sources into a beautiful and beguiling whole. Happily, he is aided and abetted by a fine group of musicians including relative old-timers such as Peter Brendler on bass and newcomers such as the insanely-gifted pianist Luther Allison and drummer, Zach Adleman on drums.

The recorded sound is expertly shaped around the group and the excellent solos from Mr. Dease and others by Nick O’Toole together with Michael Brorby. An album to die for.