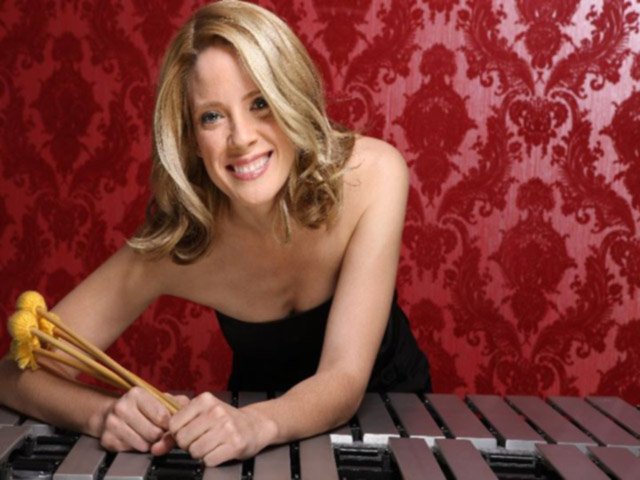 Mallet percussionists – rarely called upon to timpanists or performers on glockenspiels and other tuned drums – have lurked in the shadows of philharmonic and symphonic orchestras for generations despite the fact that – principally in popular music – a superstar has shone bright as he or she blazed their way across the musical firmament. They have almost all been men and vibraphone players such as Lionel Hampton, Milt Jackson, Bobby Hutcherson, Red Norvo, Cal Tjader, Peter Appleyard, Victor Feldman (also a premier pianist and drummer) and Gary Burton are names that come to mind… 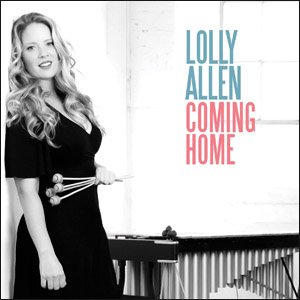 More recently there is Dame Evelyn Glennie (although she is one of the greatest virtuosos on all manner of mallet, stick and brush percussion, tuned drums, etc.) who has also made a name for herself in avant-garde and popular styles of music, and younger ones such as Bill Ware, Stefon Harris, Warren Wolf and Joel Ross. For some reason while we may listen to them, women are never spoken, written about or celebrated in the proper manner of speaking, and this is rather shameful, I might add. So, making amends, I would like to recall Gwendolyn Dease and, now – no longer the best kept secret on the US West Coast – Lolly Allen.

What an auspicious way to rise to eminence. Miss Allen’s big reveal has come on Coming Home, a recording not surprisingly from the same imprint that introduced the world to Miss Dease: Origin Records. Additionally, Miss Allen has had the unique distinction of having brought on board the prodigiously-gifted writer and pianist Josh Nelson to produce the recording. With her astonishing performance and Mr Nelson’s wonderfully sympathetic pianism (shared with Tom Owens) Coming Home has turned out to be quite exquisite. Every bit of praise is, however, eminently well-deserved.

The chosen repertoire has been meticulously considered to highlight Miss Allen’s voice on an instrument which sound is almost always recalled from the bluesy resonance with which Milt Jackson has played it. But Mr Jackson was unique. With players such as Mr Hampton and others who set their instruments to rotate at 10 revolutions per second (r.p.s.), Mr Jackson – or Bags, as he was known – audaciously – set his at 3.3 r.p.s. This is what gave characterised playing with that langourous, elementally bluesy sound almost no one has ever been able to reproduce or reference – especially on ballads. Lolly Allen has dared to set her instrument to allow for the greatest latitude in resonance and glow. This repertoire, which is a judicious mix of brisk and slower songs, and slower balladry reflects this quite masterfully.

Miss Allen, for her part is plays as if her life depended on each note and this is especially discernable on her soli, which are – as they should be – short enough to hold your attention and your breath too, which is fortunate for her playing does leave you breathless every time it’s her turn to step into the limelight. She makes notes glimmer with sensuous delight. Her phrasing is as poetic as it is idiomatic. Its seems that – song after song – Miss Allen can do no wrong either, whether she is playing in a bebop style (as in “The Hippest Cat in Hollywood” and “Bebop”) or with a Latin tinge (as in “Mambo Inn”).

Best of all, in everything that she does Miss Allen appears to be an introvert and a miniaturist, infusing the conventional song-form such as Bebop and the ballad with an intimacy and emotional intensity which can only be described as the poetry of feeling. This, coupled with technical excellence makes listening to this music an absolute joy. Moreover, being surrounded with a group of musicians who are fully attuned to her artistry and vision is a valuable bonus. Not the least is the fact that this music has been captured with warmth and astonishing detail. All of this makes for as memorable a recording that anyone could hope to listen to, celebrating the fact that we have another premier artist – and a woman at that – to look forward to.