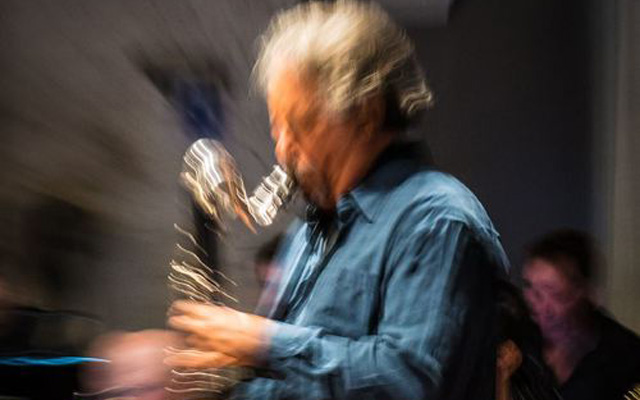 Peter Kuhn most certainly see himself in the vanguard of a music that is very brave, one that was first scripted by Charlie Parker and then moved along by the likes of John Coltrane, Archie Shepp, Pharoah Sanders, Albert Ayler, and if either of these two records are to be believed, the spirit of Don Cherry and Eric Dolphy too. But if the language that those musicians spoke is his mother-tongue, Mr. Kuhn’s music exemplifies the creative process of a ranking composer – and a reeds and winds player – that combines an uncompromisingly questing intelligence with a real consciousness of his place within a tradition. That tradition is subscribes to no one style, but encompasses all of them including most of their forms. In a word, that tradition is music.

In many instances that pronouncement might be construed as facetious; even a hyperbolic epithet. However, in the case of Mr. Kuhn, it is not so. On the contrary, his experimental techniques are part of a highly idiosyncratic musical personality, who speaks – indeed “sings” – in a refined musical dialect, in which a sense of alienation and human frailty is never far from the surface. Upon reflection this would seem to show an awareness particularly of the concentrated and concise forms of Anton Webern in combination with a highly charged expressiveness that has much in common with Béla Bartók – the latter for his daring to include influences not traditionally considered “acceptable” in high art. 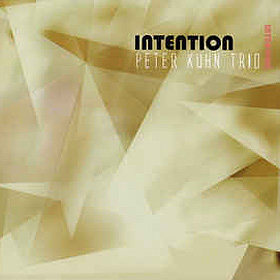 Peter Kuhn Trio: Intention On this, more than on any other music by Mr. Kuhn, it is possible to hear how Webern occupies the clarinetist’s mental landscape, as is clear from most of the music in this suite, principally “Perception Deception” and “Arise”, the latter of the two is which is expressly driven by assemblages of splintered, scurrying episodes on the bass clarinet and charged silences that overflow into the whimsically entitled “Gift in the Wound”.

Compression and expressivity are equally manifest in “Resilience” and “Disaster and After”, typically allusive work (referring notably to Webern) that condenses time into a very short span, where the music is also propelled at lightning speeds, not necessarily affected by melodic and harmonic persuasions. However, in “Resilience” we have a clear sense that both those elements are critical to Mr. Kuhn’s musical schematics. In fact on this album, where the sense that the music is “outward-bound”, melodic questions are almost always asked and responded to by bassist Kyle Motl and drummer Nathan Hubbard. The result is music that can even be profoundly elegiac in parts. 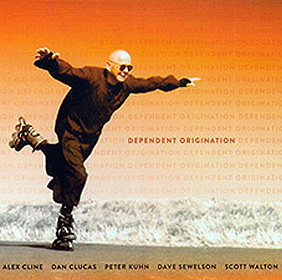 Peter Kuhn: Dependent Origination Alex Cline, Dan Clucas, Dave Sewelson and Scott Walton respond beautifully to Peter Kuhn’s music. There is a strong sense that in these works the ensemble functions like a group of actors in some powerful theatrical production. Peter Kuhn controls his forces with an unfailing sense of the right emphasis on the right moment to deliver performances of affecting power and simplicity. And this is a characteristic that rolls right through the course of this disc.

There is a very real sense that we are experiencing the music in a panoramic sort of way and this effect is driven home by the parabolic nature of Mr. Kuhn’s solos All three pieces are driven in and out of a narrative and an abstract expressionistic visual form as in “The Nibbler” and “Aspiration”. Meanwhile, Mr. Kuhn displays a strong sense of whimsy – even fun – in “The Way Out (In In)”. This is an unflaggingly engaging set on which Mr. Kuhn is assisted by like-minded musicians on brass winds, bass and drums. All of the musicians take Mr. Kuhn’s work and build enormously on the bare bones of the frame completely redefining the term “beauty” by the end of it all.