Home Music Lauren White: Out of the Past: Jazz & Noir 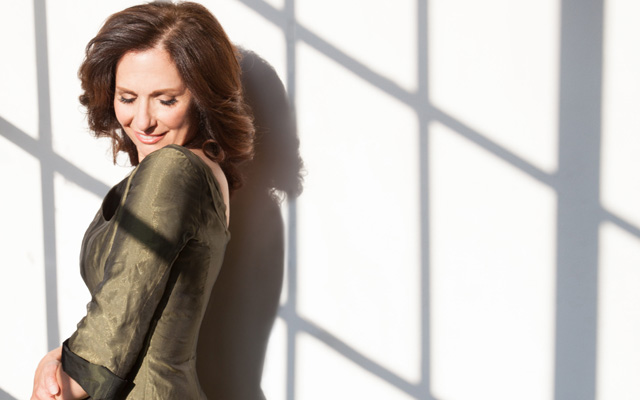 Lauren White is successful at so many of the arts – including the performing arts – and talented in every one of them that you begin to wonder, at some point, how she chooses what to do. Fortunately, despite success on Broadway and off-Broadway, and television – both in acting and producing roles, she has chosen to stay with music. Out of the Past: Jazz & Noir seems to be a perfect as a theme form an album, considering all the things White has done. And she makes a perfect job of it too for not only can one visualise her in many of the roles, of the films, from which this music has been taken. Such hyperbole might have been considered gratuitous when used to describe anyone else, but not for Lauren White. 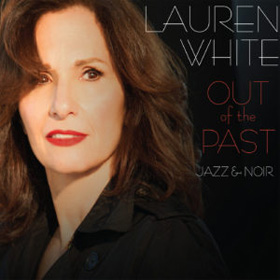 Singing with plenty of soul, with the minimum of fanciful fuss and just the right amount of vibrato, Lauren White is a fresh voice with an alluring deportment. With her crepuscular mezzo, grace of line and vivid response to mood, White proves well-nigh ideal in this conspectus of music from early Noir films. Few singers have brought more passion, and more verbal savour to the tragic nature of music associated with the films that they are from. She is intensely moving in ‘I’d Rather Have the Blues’ from the film Kiss Me Deadly singing with a haunted, bleached tone before a sudden infusion of bitterness. Here and elsewhere she subtly varies her vibrato for expressive effect. And she is utterly hypnotic in the medley ‘Laura/The Night We Called it a Day’. In ‘You Kill Me’ she negotiates the vertiginous leaps with effortless poise, while in ‘Haunted Heart’ she is tragic and poignant.

This is a ravishing record. And Lauren White soars extravagantly into the stratosphere, far above the range of many singers that I know before plunging down to the depths of despair. Yet she brings it all off with such panache that only a hair-shirt purist could complain. Her delectable singing is complemented by fresh, rhythmically buoyant and, where needed, virtuoso playing from pianist Mitchel Forman, bassist Trey Henry and drummer Abe Lagrimas Jr. as well as by a slew of other brass and strings players who remain nameless., but who on their own – all of them to a man and a woman give sparkling performances throughout as they play the gorgeous arrangements of pianist and conductor, Kathryn Bostic.

Track List: When All the Lights in the Sign Worked; He’s Funny That Way; Again; I’d Rather Have the Blues; I’m Gonna Go Fishin’; Amado Mia; Laura/The Night We Called it a Day; You Kill Me; Haunted Heart.