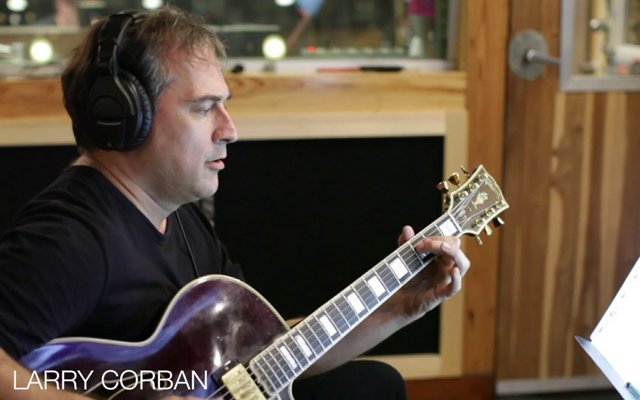 Despite the fact that we’d like to believe the proverbial stars align on any given day, it isn’t always the case. However, when they do, magical things can happen – but only when one is present in the moment almost like an alchemist or druid, to channel that kind of alchemical reaction that brings about this magic. As in life, so also in the arts; in music, to be precise. And this recording, Emergence by Larry Corban is a case in point. Here is a recording replete with intelligently conceived and executed repertoire in which the composer and guitarist, Mr Corban (and his entourage) reduce the complex nature of the art of composition and improvisation, the very agencies, forces, or phenomena of physical nature of Jazz is – elementally – at its finest. 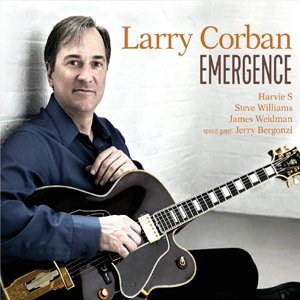 Much of this has to do with the music itself. Each song displays, for instance exquisite craftsmanship (probably) even before a note is played. There is, for instance simplicity of melody, a complexity of harmonic conception and rhythmic intent to describe and paint emotions exactly as they were probably conceived. How do we know this? Precisely because of how little musical ornamentation is required to express things like melodic intent, harmonic cleverness and rhythmic intent; and yet how each song does exactly what it was intended to do, namely to ripple through the body and its senses with the express intention of making one want to dance. One such example is “Sea of Fire”, for instance… which is drenched in a molten flow of melodicism and rhythm, as if the instruments (participating) are licked by tongues of fire.

Not everything is propelled by a shower of brimstone however. “Table Steaks” bubbles alright, but only because it seems to suggest something dripping with a delectable sauce. This is poured upon the melody by the glimmering warmth of Jerry Bergonzi’s tenor saxophone. The saxophonist also returns to adorn “Soon To Be” and “On The Fly”, after having contributed to the flame-throwing on “Sea of Fire”, of course. Mr Bergonzi appears on just four charts. It is the pianist James Weidman who is flame-thrower-in-chief as he contributes mightily to the momentum of the music throughout. And while on the subject of rhythmists, Mr Corban leaves nothing to chance with the inclusion of the incomparable Harvie S on bass and Steve Williams on drums; the latter long since having attained a kind of sainthood with Shirley Horn.

Although Harvie S is predictably brilliant throughout, the bassist arrives at his finest moment in the introduction and first part or choruses of “Never Let Me Go”. The profound dolour of his playing captures the aching beauty of the melody and is drenched in the emotion of the underlying narrative of the piece. Mr Williams’ accompaniment is magical across the songs, He plays with impeccable taste, understatement and elegance, and forever articulating what true percussion colouring is all about by accentuating the music with perfect swishes of the cymbals and with never a seemingly curved lines on the skins of the drums.

Which leaves Larry Corban, of course… Displaying complete mastery of his instrument in the grand manner of a virtuoso, the guitarist gives notice that he is an artist of the first order. His playing is gorgeous; deeply penetrating as well as feather-light. There is never a temptation to ornament for ornaments’ sake; every run and every dazzling arpeggio is dedicated to embellishing the music towards completing its harmonic concepts. Mr Corban also has perfect time and best of all his fingers melt on the strings creating the kind of rolling, flowing molten style that has come to be his exquisite calling card.