Home Music Kristjan Randalu: Absence
Kristjan Randalu’s phenomenal pianism is informed as much by the deep, craggy fjords of Tallinn as they are by the art depicting life in the post-glacial kingdoms of the Pulli and the Kunda, from eons ago, as well as by a surreal impressionism born of tall trees, the clouds in the sheltering sky, snow on the ground; love and loss, the magic and mystery of Suur Toll Ninase and his native Estonia. Through its hauntingly gorgeous vignettes on Absence Mr Randalu seems to suggesting that he has gone to great depths to dredge his fecund memory, reminding both himself – and us, his listeners – of the most bleak and beautiful landscape he has left behind, since emerging from child into manhood. But each song is not only a picture at this exhibition of his life, but at a much deeper level, a shedding of the skin that comes to us all each year with the proverbial changing of the seasons. 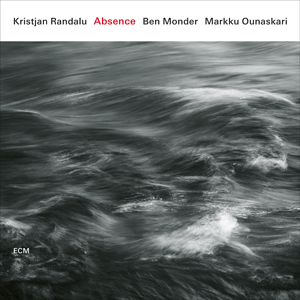 The quintessentially dreamy nature of Mr Randalu’s pianism – indeed his very music itself – is something the like of which one has not heard before; not even in the music of his illustrious ancestor, Avro Pärt, whose presence he seems to evoke every now and then in the powerful, yet sombre tolling of bell-like left hand figures that pursue chorale-like melodies repeated over the droning twisting bass-line. His piano is ceaselessly entwined here by animated, rolling guitar phrases by Ben Monder and punctuated by the (also incessant) beat of the battery of drums and cymbals in a painterly performance by Markku Ounaskari. Through it all there is often as much a sense that each musician’s hands is engaged on daubing a blank canvas bringing a painting of what they see to life, as there is also the elements of something intensely personal in the mesmerising repetitions and subtly varied voice combinations that occur through the mighty flow of this remarkable music.

In a fittingly Breughel-like (or even a Mussorgsky-like) exhibition, gorgeous musical landscapes are unveiled. “Forecast”, for instance, conveys the impression of a shimmering mirage that is there… and not there all at once. Mr Randalu seems to dip his fingers in the moist atmospheric surroundings feeling the oncoming rain. But gradually, largely through a build-up of dynamics and contrasting sonorities, there is a sense that the musical weather has, somehow, been changed. Meanwhile the tenor of “Lumi” (both variations of it actually) are beautiful and potent examples of Mr Randalu’s unique species of highly-charged minimalism. “Sisu” turns one’s eyes to the ground, blanketed, as the title and content suggests, with fluffy snow. It is a bleak melody, infused with bitter-sounding chords. The music is played at an achingly slow pace. But suddenly a skipping figure emerges, played on hi-hat and tattooed on the drums. This change is marked by a series of parabolic runs and arpeggios tumbling in waves of gurgling guitar notes, before the piece slows down to a halt once again.

But in the interim we are treated to “Escapism”, perhaps a monumental dream. Mr Randalu seems to suggest an impression of some moments universally-shared by all while looking into the prism of our individual and collective futures. Then he takes us on a journey marked by rapturous pianism on two magnificent variations entitled “Adaptation” before being transported into the celestial realm with another variation of the weather theme; this time the music depicts a heavy overhang in the moist music of “Partly Cloudy”. The beguiling majesty of “Absence”, the culmination of this seemingly epic socio-psycho-musical adventure is saved for the final moments of the odyssey; an album to absolutely die for…