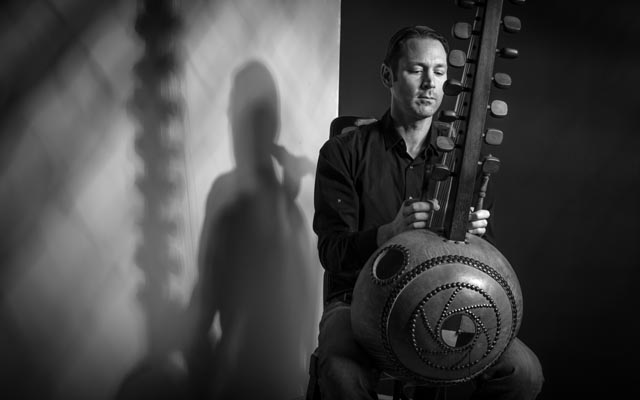 With the title of this album Geminus – Kane Mathis is attempting to seed the music of the Gambian and Kürdi diasporas into a freshly minted, original music that nears the stamp of those ancient cultures, but with a contemporary flavour that comes from Mr Mathis’ own cooking.

It is a tall order for several reasons, the most prominent one being the fact that he is not born into the tradition. The other challenge is to supplant the time and cultural topography of Africa and the Middle East in another world leading only with the kora and the oud. By that I mean, no guimbri or quarqaba among in the bass and percussion roles here. 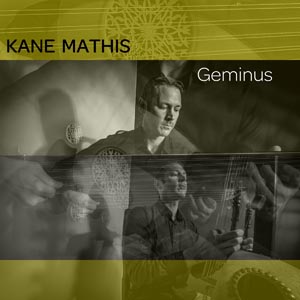 But magically, Mr Mathis succeeds in doing something few other non-indigenous musicians may have hitherto achieved – he has sculpted truly authentic-sounding music, evocative of both the Gambian and the Kürdish diasporas.

Kane Mathis had a very good head start in his musical endeavours. He spent quality time with master musicians from both Gambia and the Middle East – Mandinka djelikunda Malamini Jobarteh and Moribah Kouyate in Gambia and Mutlu Torun and Münir Nurttin Beken from Turkey. Thanks to his intensive immersion into the respective cultures, Mr Mathis was able to emerge not only proficient in the instruments but also completely transformed. Moreover, in terms of construction the 21-string kora has an unique curvature pointed attention required to be paid to strings on the “inside of the curve” and a completely different set of strings “on the outside curve”. This calls for extremely dexterous fingerwork, which Mr Mathis seems to have mastered. The oud is very different, but the precise nature of string position and tuning also requires an unique bending of the wrist among other adjustments.

Mr Mathis has not only overcome these unique challenges, but he has managed to craft music that is profoundly beautiful and meaningful. “Route des jardins” and “Etude [for oud in 3 sections]” are two of the best examples of Mr Mathis superb music on this recording. The former recreates the kind of imagery that was conjured up by great impressionists such as Debussy and the atmospherics of the latter makes for magical ride into a crepuscular world worthy of the Arabian Nights. An altogether memorable album to die for… one in which you end up not really missing out on the gravitas of the guimbri or the splashy witticisms of the quarqaba after all.