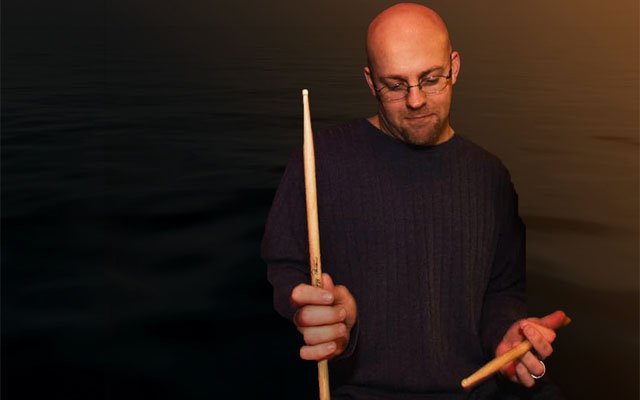 The music of protest in the United States is as old as society itself; beginning with the Blues and the so-called “folk” music (an inadequate name for it, I might add) of Woody Guthrie, Pete Seeger and others. But the explosion of protest-music that followed was changed everything. Not since the late-1950’s – and the1960’s, when avant-garde jazz musicians of the day aligned themselves as vociferously as possible with and with movements for change, some as militant as the Black Panther Party – have artists protested about social phenomena such as the brutality of racism and other inequalities. The results of the 2016 US elections may have been a trigger, but all that seems a moot point today. Nevertheless the social divide and the bloody wounds that have been exposed are quite visceral. 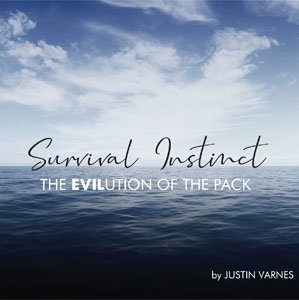 Justin Varnes, a composer and drummer, tackles most – if not all of them including the referencing of actual events – in the music of the inimitably entitled The EVILution of the Pack. The repertoire here is well-conceived, brimming with musical (melodic, harmonic and rhythmic) ideas and is elegantly executed. Of course Mr Varnes has used the impact of actual instances to trigger the music. With these in mind he has written wonderful tunes that reflect the emotions triggered by the instances (everyone knows them from the media coverage) whether it be the near-ubiquitous deaths of Black Americans at the hands of trigger-happy police, or the hatred of the LGBTQ community; even the terrorist killings in France and the church killings of Black worshippers and the healing that followed. These are just some of the incidents that have resulted in a musical response from Mr Varnes.

What he offers here is something quite wonderful. Using the thunder of Kevin Smith’s bass and drums and the often appropriately loud wailing reports from Mark Rapp’s trumpet, Luke Weathimgton’s alto saxophone and John Sanfort’s tenor saxophone, Mr Varnes shapes his music by capturing the violence of the event including the devastating emotions that they trigger. This begins with the profound rumbling of the drums in the “Prelude” and ends with an ominous bowed note by the bassist that is held for several seconds at the end of the recording as if to bookend the theme by awakening the listener (to start with) and leaving him and her in a meditative place – albeit with some discomfort – at the end. Why discomfort? Because that seems to be the sharpest way to provoke feelings of anger at what is taking place rather than the kind of resignation that has resulted from media coverage of these events.

Merely stirring up the emotions is not the only thing that this music was intended to do, nor should that be all this music stirs up. Mr Varnes deserves praise for the manner in which he has used his innate musicality to provide us with an artistic response. He also deserves praise for stirring up our emotions when recalling the same events referenced by this music. The music reminds me of that of the great Charles Mingus. It is angry music, but does not incite the kind of violent anger that is counter-intuitive; it is music that explores pain and, with exquisite changes in harmonics and tempo, shows how we can heal. Three of the best examples of this are the songs “Fergimore Island TX Blues” “Thread (For Brian Stow)” and “Emanuel”. In every instance here and elsewhere Mr Varnes’ use of the piano is masterful as arrangements superbly executed by Nick Rosen balance the music’s agitation with a steadying calm.

The influence of Mr Mingus is clearest in “Thread”, which makes wonderful use of the changes (inverted) we might have heard in Mr Mingus’ “Boogie Stop Shuffle” from his seminal album Mingus Ah Um (Columbia, 1959). However, make no mistake, this is Mr Varnes’ voice we hear here. In Mr Varnes mind The EVILution of the Pack is a reference to the uncomfortable truth of mob behaviour in white supremacist society. While it is not meant to me so polemical as to examine why some parts of US society is racist, it acknowledges the fact. And it sings and rings with a clear and mighty tone with in the singular voice of this gifted composer and drummer through these songs, and even if he chose not to create the kind of agitation that Jimi Hendrix did at Woodstock in August of 1969, by evoking darkened colours through the familiar chords of the US national anthem in “Postlude” he has certainly made his point with striking artistry and memorability.