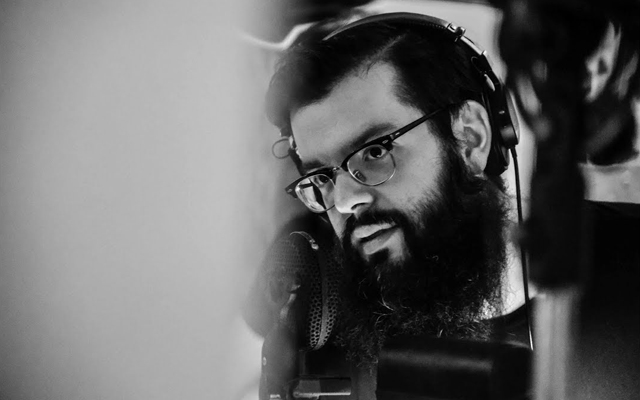 Continuing from where he left off when his album Color Theory was released, Josh Lawrence has not only made the title of that album the name of his group, but on Contrast (the follow-up to that electrifying recording) he advances the concept of a colour theory in more ways than one. There is the allegorical one that unleashes music which pierces right into the socio-political of colour. This is addressed by raising the spectre of bebop not merely as a style, but as a revolutionary palimpsest which first thumbed the music of Jazz’s nose at its white audiences with radically inventive music that were almost akin to black codes from the underground that changed music forever and ever.

The über-passionate intensity of “Circles On Black” “Around The Circle” and “Dominant Curve” all seem to come from this source, raising and raising the famous ghosts of Charlie Parker, Dizzy Gillespie, Thelonious Monk and others who literally bore the weight of racism as they invented the musical idiom. Of course, Josh Lawrence sings (so to speak) it all in his remarkably singular voice 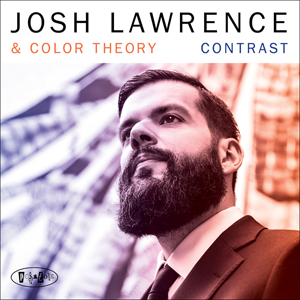 on trumpet – muted or open-bell working his elemental growl and keening wail and egging his musical cohort of Caleb Curtis, Zaccai Curtis, David Gibson, Luques Curtis and Anwar Marshall in a veritable blitzkrieg-like momentum to this stunning album.

Adding another layer of meaning to the music of Color Theory, Mr. Lawrence imparts – in sheer colour and the variety of timbral hue, in the depth of characterisation and in the exceptional range of and refinement of musicianship – a power and tragic stature to his rendition of the ballad and his imitation of the blues. He does this on “Accompanied Contrast” “Blues On The Bridge” and a magical version of Prince’s “Sometimes It Snows In April”, in a near-spectral duet with Orrin Evans, who actually threatens to steal the show more than once on the latter song. These slow-tempo works provide another contrasting aspect to Mr. Lawrence’s music.

Although the other songs four songs are grand and spacious works held over from the album that launched Mr. Lawrence’s theory of colour, they are by no means pieces that were picked off a shelf, dusted off and strategically placed here. Each is played with buoyant, aristocratic grace and “Agent Orange” is like a psychological thriller that those of us who lived through the horrors of war – especially the one in Vietnam – will liken it today to a metaphor for the new destruction of the ecology of the planet.

However, one does not need to listen to the album while expending one’s intellectual acuity. There is enough visceral energy and excitement in each phrase played by Mr. Lawrence and each of the other soloing musicians to take one’s breath away. It’s just that there are so many ways to enjoy this remarkable album from a prodigious musician and trumpeter.