Home Music Joseph Daley: A New Perspective on The Seven Heavenly Virtues | The...

The Seven Deadly Sins which comes as the second part of this album, but was originally released first (2011) comprises some of the most monumental music to have been composed and recorded in quite some time. Mr Daley, master of the tuba and composer extraordinaire—who wrote and arranged all of this music—has been a member of the brass sections of several important bands, including those led by Muhal Richard Abrams, Bill Cole, Charlie Haden, Howard Johnson and Sam Rivers. Now, as creator of this magnificent suite, he virtually invites comparisons with others in contemporary music that have written extended works and presented them for broad appreciation. Certainly Mr Daley’s work recalls to mind many of Duke Ellington’s, Wynton Marsalis’ longer works, perhaps even to Charles Mingus’ Epitaph (Columbia, 1990). 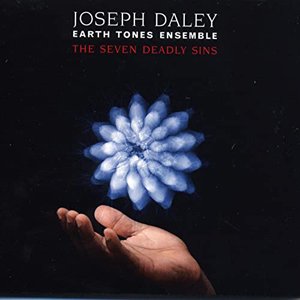 Mr Daley was moved to compose this music by Wade Schuman’s paintings, also depicting The Seven Deadly Sins. Surely Mr Daley must have been faced with a singular conundrum, one that had to do with the eternally dark nature of sin and the paintings themselves, done in a style somewhat reminiscent of the Northern Renaissance work of the great Albrecht Durer. Mr Daley has resolved this by scoring the music for a complete range of brass and woodwinds—from the high register of the trumpet to the deep voices of the tuba and bass and baritone saxophones. Such is the gravitas of the voices that Mr Daley has managed to capture, in one fell swoop, the dark nature of his subject, as well as give voice to his individual musicians, who annunciate the varying nature of each of the sins.

What follows is a superb panoramic journey into the depths of the soul, covering the full range of tonal color and timbral expression, from the blinding colors of “Invidia (Envy)” and “Avarita (Avarice)” to the towering flights of “Superbia (Pride)” and the searing rage of “Ira (Anger)” and the slovenly glissandos of “Desida (Sloth)”. Baritone saxophonist Howard Johnson (“Avarita”), French horn player Mark Taylor (“Superbia”) and bass saxophonist Scott Robinson (“Desida”) give excellent accounts of themselves. The real hero of the work is, of course, Joseph Daley.

Note: The other piece on original release of this work, “Ballade for the Fallen African Warrior” does not appear on this 2019 re-release. That’s a pity.

It is pleasantly surprising when Joseph Daley ascends from the brassy bass realm of the tuba, putting down his massive instrument, to conduct a chamber orchestra. What should not come as a surprise, however, is that Mr. Daley, a musical intellect of the highest order, should put his mind to another complex project—a follow-up to his 2010 Jaro release The Seven Deadly Sins. This time Mr. Daley delves deep into his soul, coming up to relocate the abstract spirituality of The Seven Heavenly Virtues to his new and wonderful landscape of music.

Again, Mr. Daley draws upon his vast and varied knowledge of musical colours—experiences he gained from playing with Gil Evans and Carla Bley, among others—but has decided to rely mainly on a part of the palette (strings accented at times by the melodic orchestral percussion of Warren Smith together with Satoshi Takeishi and Jerry Gonzalez, who also doubles on trumpet, as well as Lafayette Harris and Onaje Allan Gumbs on keyboards. The effects are stupendous, to say the least.