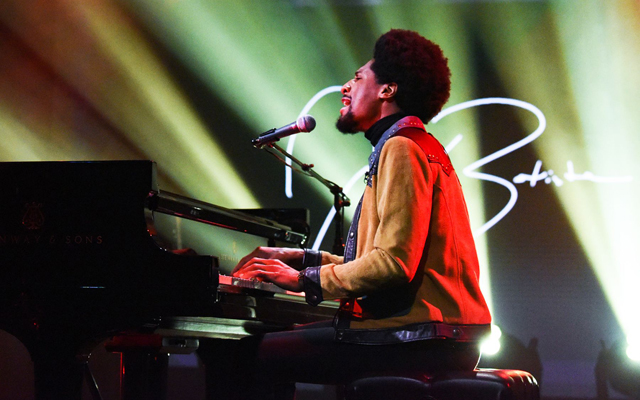 Jon Batiste has a new website which only lists his 2018 album Hollywood Africans in its “Music” link. But he was also prominent featured on The Music of John Lewis with Jazz at Lincoln Center with Wynton Marsalis (Blue Engine Records, 2017) and of course he has others too including a remarkably avant-garde sounding one The Process (MOD Technologies, 2014) which he made with bassist Bill Laswell and drummer Chad Smith. Hollywood Africans is special not only because it has been co-produced by the ubiquitous T Bone Burnett who might seem most appropriately a sort of “Hollywood African” if ever there was a way to describe his tinseled status in music production today (along with Rick Rubin, of course). 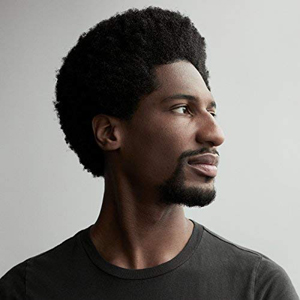 One cannot escape the oblique sardonicism – perhaps even Thelonious Monkish – of the album title especially as its repertoire honours the deep roots that Mr Batiste has in the Blues and cultural topography of Jazz coming, as he does, from New Orleans. Nor can one escape falling prey to the bewitching charms of the stark, naked beauty of the music itself. Mr Batiste’s pianism takes us unexpectedly into another world, one we seem to have perhaps either lost or forgotten in the pursuit of more glamourous and instantly gratifying music. At the same time, Mr Batiste offers us an enticing opportunity to open our minds to something wholly purer that the music that we otherwise seem to become accustomed to.

For instance, omitting all facetious and gratuitous ornamentation both in his vocals and in his pianism, Mr Batiste presents a grand and spacious rendition of “What a Wonderful World”, a song often associated with late Louis Armstrong. He is a master of mood and atmosphere on “Saint James Infirmary Blues” which has been performed by scores of musicians including Mr Armstrong and Wynton Marsalis. This is certainly one of the many high-points of this elegant album. Everywhere the pianist opens up the melodies his fingers brushing the keys as penetrating each one with the delicacy of an archeologist joyfully unearthing discoveries seemingly lost in the world of rampant fakery.

This is a bona-fide masterpiece of a recording. It’s full of glinting lights, mysterious depths, expectations, hopes and joys, and it often feels like a journey past light and shadows glimpsed by a moonlit after-hours bar in New Orleans or in a fabled jookjoint on The Delta where the glories of real music and seduction are locked in embrace – and you hear all of this from end to end, in the sheer colour and variety, in the depth of characterisation and in the exceptional range and refinement of Mr Batiste’s pianism; and is also so eloquently reflected in the musicianship of the artists who join him on this musical quest to unearth the true Hollywood Africans of his wonderful world. A champagne disc – fizz and finesse.