Both the live albums are magnificent accounts of the maturing, soaring voice of one of the most profoundly gifted musicians in Jazz – or any music, for that matter. They contain high-voltage [especially on Chronology of a Dream], pulsating works with the most astonishing energy, albeit always remaining coherent. This music is, in my humble opinion, the finest thing he has ever produced. They also showcase his gifts as a composer and this stands in some contrast to the glitter and dazzle as some of his earlier albums of music. To play the kind of music collected on these two live albums requires formidable technique, leadership as well as a profound sense of spirituality and poetry – both qualities arising from his ability to see well beyond the immediacy of the Black predicament. 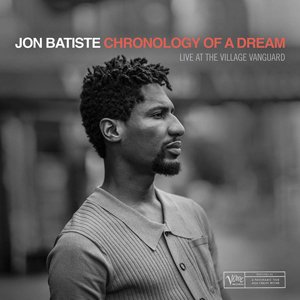 Jon Batiste: Chronology of a Dream Jon Batiste is essentially an experimental composer, exploiting his vaunted New Orleans heritage and at the same time exploiting its unique musical architecture by inventing and innovating within this rich tradition. His works as we experience on this recording, are also quite challenging and demand complete attention as hidden in them, are diabolical twists and turns that you could easily miss if you were distracted. His references to his own lived experience and to current events are subtle, but he draws your attention to them immediately with his idiosyncratic spellings of the titles of this music – as well as by the music itself. Unlike other contemporary composers – including Jazz composers – are often very subtle [such as in “BIRTHE” and in “ORDR” featuring a breathtaking performance by Roy Hargrove – both of which deal with contemporary American paradoxes; both of which are have bust conspiracy- and mythical themes]. Elsewhere he pays tribute to legends in the tradition [as in “PRINCE”].

Like the best Jazz composers of any era, Mr Batiste’s work isn’t based on delivering a poignant story in a miniature, infusing each of his own miniatures with an intimacy and an emotional intensity which can be best described as the poetry of feeling. All of the musicians here are completely attuned to his vision and his artistry and deliver superlative performances from beginning to end. 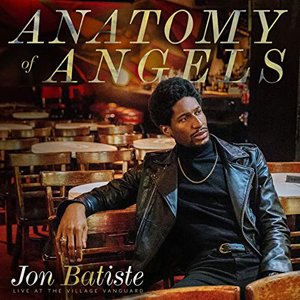 Jon Batiste: Anatomy of Angels This music bears the unmistakable stamp of Mr Batiste’s New Orleans heritage. It grows out of roots of the impulse of the Blues, and like that music, transcends feelings of depression and despair. There is also a sense that hope rises on the wings of the celestial of faith. The music thus makes an attempt to transmute the expression of Blues and Jazz into a spiritual one not far from these two secular styles into a pseudo-spiritual realm. The word “pseudo” is more academically used here because both the Blues and Jazz were once deemed to be so-called “Devil” music and were known to seduce men and women away from the church into the jook-joint. But by melding the kind of raucous swing of Jazz into his elevated sound of “angels” Mr Batiste forges an idiom reaches out to the spiritual realm. This is specially conceived of and translated in highly charged and emotional performances by himself and Rachel Price.

Mr Batiste’s performance of Thelonious Monk’s iconic piece is a poignant prelude to the main event, the intensely emotional and translucent music of “Anatomy of Angels”. Mr Batiste is joined on this unique adventure by a superb group of musicians who have interiorised his music and – in return – deliver exquisitely idiomatic performances throughout.