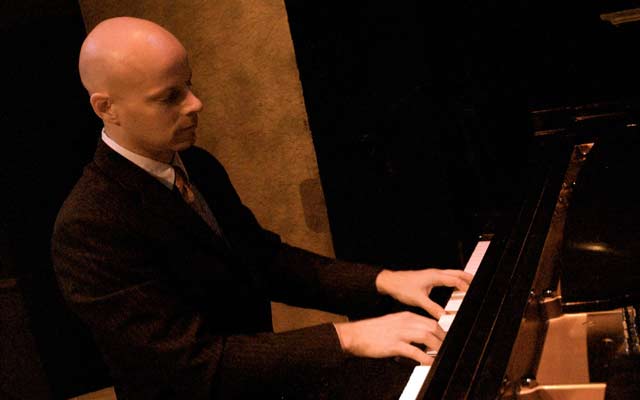 This is the fourth album for Johannes Wallmann and all his previous quartet albums have been well-received this fifth, quintet album is a considerable leap of faith. There is a boldness here that was not experienced on earlier albums; a kind of explosion of minims, crochets, quavers and semi and demisemiquavers – an explosion of the dots on score sheets, so to speak. Such propriety is quite unexpected and speaks to a certain un-domestication of the pianist’s music as he seeks more feral inspirations for his compositions despite the title of the disc – The Town Musicians. The music on the album is far from plainly urbane and is informed by burgeoning innovation. 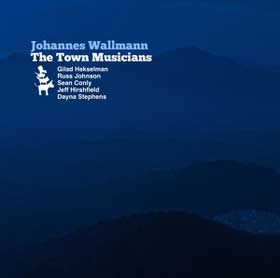 Performed with light hands, the pianist’s work – especially on “Water Music (for people without Aquariums)” and “November Song” has an easy charm that serves to accentuate the otherwise dominant key of fierce tension. Nowhere does Mr. Wallmann and the rest of the Quintet push the tempo to unreasonable extremes; rather tone-colour is an important and individual means of expression, including pure tone and sul pointicello in the spectral “A House for Men and Birds” and a keening portamentos that would not feel out of place in, say, McCoy Tyner, or even Danilo Perez. The tonal certainty of the piece is empowering.

Elsewhere there is sometimes a kind of dark uncertainty in the introduction of songs until the sun comes out in “November Song” and its breathtaking countermelody which is a song that well-deserves the epithet; no imitation here. Yet it is the unexpectedness of melodic invention that is most welcoming on this disc. The steep rugged passage through the development of the music doesn’t threaten to thicken the body of the Quintet’s sound, which remains distinctively slim and lithe as ever especially on the title track, “The Town Musicians of Brooklyn”.

This recording is led from the front with unstinting courage by Johannes Wallmann. You will hear, just as I did, that singular quality throughout the recording, but especially in the profoundly slow movements of the recording; how unafraid Mr. Wallmann is of the melodic snowline, how securely his colleagues are roped in behind him. As if The Town Musicians is patched from this single performance, it isn’t obvious; either way it’s an astonishing achievement to make this album feel like a startling monolith, by giving the rhetorical space of a mighty modal pianist. Lengthy applause is retained and is well-deserved.

Among the most attractive aspects of this disc is its production values. Granted the piano was well-tuned and the brass and winds were in fine fettle, but it is also a question of clever miking to ensure that sound is realistic and pure, given that the recording process is digital. As an audiophile I miss this in other recordings, but you have a somewhat true-to-life sound and that too is music to my ears.

Track List: Water Music ( for people without Aquariums); Wookie’s Groove; Interlude; November Song; Paper Balls; Lakeshore; I Could Have Danced All Night; Interlude; A House for Men and Birds; The Town Musicians of Brooklyn; Interlude; Concurrencies

In twelve years in New York City, and five years in Oakland, California, the German-born, Vancouver Island-raised and now Wisconsin-based pianist Johannes Wallmann has established himself as a skilled and creative composer of complex yet highly engaging music. The music of his new quintet release The Town Musicians (Fresh Sound New Talent FSNT-469) is shaped by the sounds of the places he has called home: the rhythmic pulse of New York and Oakland meets the rugged coasts of the Pacific Northwest and the open expanses of the Midwest. Read more…