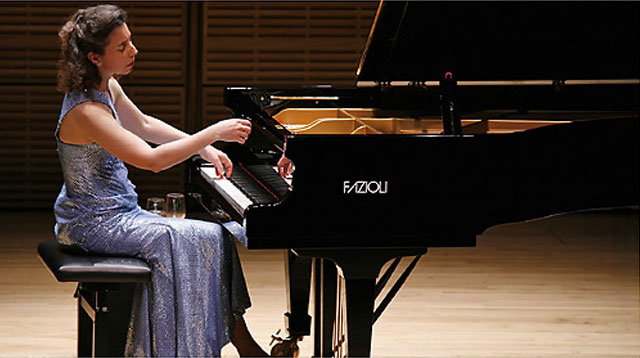 I had always approached Bach’s monumental work The Art of Fugue with much trepidation. The Goldberg Variations and The Well-Tempered Clavichord, always presented a prospect that though rich and florid, were light and airy experiences, especially when Glenn Gould approached them. The Art of Fugue on the other hand was different. The work suggested elaborate intellectual exercise that was laid out in monumental musical architecture: a collection of fugues and canons that display the full gamut of fugal transpositional techniques, such as augmentation and diminution. Indeed this was is a work of extreme scholarship suited more to vaunted thinking rather than for performance. That is why so few have attempted to play it over the ages. 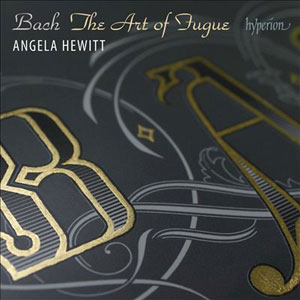 There is also the fact that in the work no instrument was suggested. However it seemed correct to assume that the instrument suggested was a keyboard; and logically therefore the harpsichord and the piano. Why then, had Glenn Gould approached it on the organ and that too in an unfinished version? And why was the most exciting account a string version by the Keller Quartet (ECM New Series, 2000)—alternately bold and dance-like, eschewing excess vibrato to create a wonderful translucent sound reminiscent of a consort of viols? And why did Angela Hewitt wait so long to put her ineffable intellect into performing it? Wonders never cease. Little did I know that Ms. Hewitt had been preparing herself for this August 2013 date with her producer, Ludger Böckenhoff and Hyperion! Ms. Hewitt’s Bach repertoire is based on extraordinary learning and sublime technical ability. Her preparation for The Art of Fugue has thus been born of superior pedagogics and unbridled ingenuity. Bach demands nothing less and Ms. Hewitt has delivered here.

This austere programme has become, in her hands, a wonderful experience full of song and danceable ecstasy. Ms. Hewitt has a palpable vision of how these “Contrapunctus” should work, making them very much her own. And while she is a pianist who views the music itself as more important than the ego of the interpreter, what emerges is a refreshingly clear sense of structure and clarity, qualities emphasised by a recording of edifying transparency. Remarkably her reading of these often solemn studies results in a performance that is a veritable coat of many colours. She lets the music’s vaunted quality speak with great charm. There is a considerable tensile strength to Ms. Hewitt’s interpretation of the whole of BMV 1080. Yet she manages also to infuse this with a certain drama. Because she has perfected the singing nature of the melodic layers, Ms. Hewitt is able to allow herself a refreshing freedom of pianism, to telling effect. I like very much ho-nonsense reading of “Contrapunctus’ I to IX”. In the final sequences, she is direct and focused, with an absolutely sure sense of where she is going. Her performance of “Contrapuntus inversus XIII” is particularly sublime. And she finds still more to say in the “Canons” that follow prior to “Contrapunctus XIV” leading the listener through their most extraordinarily varied landscapes while the wispy ending to the programme—BMV668a—is simply breathtaking in her hands.

One of the world’s leading pianists, Angela Hewitt regularly appears in recital and with major orchestras throughout Europe, the Americas and Asia. Her performances and recordings of Bach have drawn particular praise, marking her out as one of the composer’s foremost interpreters of our time. Angela Hewitt has recently performed with orchestras including The Cleveland, Toronto Symphony, Philharmonia, and Oslo Philharmonic orchestras and the Orpheus Chamber Orchestra at Carnegie Hall. She has also appeared with kammerorchesterbasel, Camerata Salzburg, and the Rotterdam Philharmonic and City of Birmingham Symphony orchestras, as well as the Verbier Festival Chamber Orchestra. Read more…