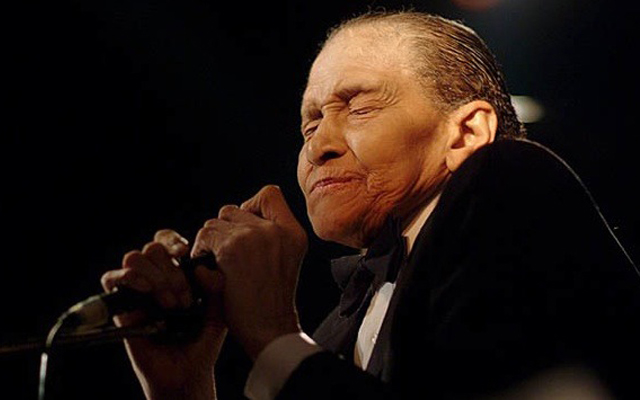 Along with Johnny Hartman, Jimmy Scott represented a generation of vocalist/musicians with roots almost back into the birth of Jazz; certainly his music can be seen in direct line from that of his great predecessors Louis Armstrong and Nat Cole, albeit his singular falsetto. However, unlike even the most unfortunate Jazz musician of any era, life dealt Scott the harshest blows any human being could possibly take – first with Kallmann Syndrome, the death of his mother when he was just 13, and then going virtually unrecognised despite performing with luminaries such as Lionel Hampton and Charlie Parker, Fats Navarro, Bud Powell and Charles Mingus. And had it not been for a series of events that began with a break from Ray Charles and a signing with (Charles’) Tangerine Records which triggered a near-lawsuit with Herman Lubinsky, his then employer, followed by being bounced around until he was heard breaking hearts again when he sang at his friend and songwriter, Doc Pomus’ funeral that his career was re-ignited. 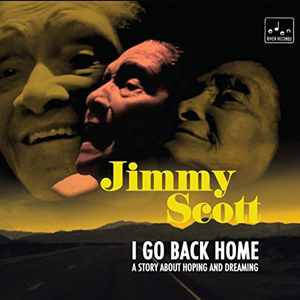 In 1991 he was featured in the last episode of David Lynch’s iconic TV series, Twin Peaks where he sang the ethereal ‘Sycamore Trees’. Then in 1992, Jimmy Scott recorded All The Way and he was nominated for a Grammy Award. More importantly, however, Jimmy Scott was re-discovered to the extent that it seemed he almost never went away. The singer who was once cited as inspiration for phrasing by such legendary singers as Billie Holiday, Dinah Washington, Ray Charles and Nancy Wilson also came to be discovered by a whole new generation after he recorded Holding Back The Years (1998). His earliest Savoy recordings were re-issued, Todd Barkan signed him to Milestone Records and produced four stellar albums, documentaries were made and the name of Jimmy Scott lit up the marquees wherever he played until his death in 2014.

All this adulation at the end of a 65-year career would have been a tough act to follow for anyone trying to recall the legend of Jimmy Scott. But that seems to have hardly fazed the writer, musician and producer, Ralf Kemper, who has served up one of the most compelling items to the Jimmy Scott discography and biography, while also cracking open a window into his own biography. Grieving the loss of his wife, we are told, Kemper achieved a lifelong dream to get to the heart of Jimmy Scott with I Go Back Home. The album presents 12 songs including duets with Renee Olstead, Dee Dee Bridgewater, Monica Mancini, Joe Pesci, and also features guest appearances by the late Oscar Castro Neves, as well as Bob Mintzer, Joey DeFrancesco, Till Brönner, James Moody among others. The rhythm section is quite spectacular. How can it not be; it includes Kenny Barron on piano and Peter Erskine on drums.

However, the spotlight is irrevocably shone on the legendary Jimmy Scott and it sears his glorious image onto heart and mind. It has always been difficult to listen to listen to Jimmy Scott lament the blues without sobbing into a box of Kleenex and this disc will do just that. Lump-in-the-throat moments are all too frequent. How can they not be when Scott’s quivering falsetto sends chills up your spine as you are literally forced to live through the elemental melancholy of ‘Motherless Child’; or you find yourself sinking to your knees as Scott pleads with Renee Olstead in ‘Someone To Watch Over Me’? Indeed there is not a dry-eyed-moment through the album. There never seems to be a dry-eyed moment when you are caught in the throes of Jimmy Scott vocalising because he does not sing so much as ‘cry’ each song with tenderness-sans-sentimentality. As a result living through the experience of this disc is highly cathartic.

A further word about its producer and co-arranger of the music is de rigueur. Ralf Kemper has an acute sensibility for the music of Jimmy Scott. The arrangements are quite stellar. They are broad-boned and full-bodied without being over-loaded with treacle. Jimmy Scott’s plaintive falsetto characterised by superb phasing and, indeed superb technique and tightly focused tone plays right into the hands of the intensity of sound that Ralf Kemper has created with the luscious colours and textures of the HBR Studio Orchestra. The result is a disc that embraces the tragedy and triumph of a life lived with singular pain and well-deserved ecstasy – whenever that came about – for very few mortals could have hurt so much in a lifetime as Jimmy Scott and lived to tell the tale.

Track List: Motherless Child; The Nearness of You; Love Letters; Easy Living; Someone To Watch Over Me; How Deep Is The Ocean; If I Ever Lost You; For Once In My Life; I Remember You; Everybody Is Somebody’s Fool; Folks Who Live On The Hill; Poor Butterfly.