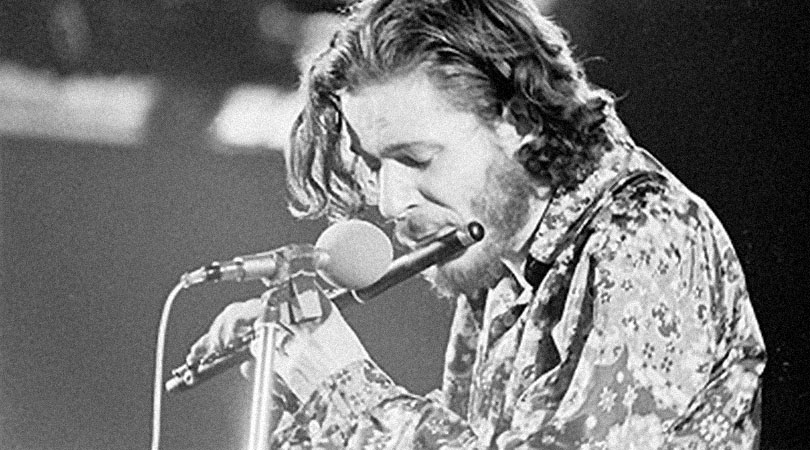 In 1963 when Columbia and Atlantic were duking it out for bragging rights in the field of jazz, the great Columbia impresario, John Hammond brought in a new flutist to make a record. That flutist was the young Jeremy Steig—probably one of the finest virtuoso instrumentalists—and another young pianist who was also making his recording debut. The record they made with bassist Ben Tucker and drummer Ben Riley came to be Flute Fever, which has now come to be a classic of its time. Now brilliantly re-mastered and packaged for CD by Jonathan Horwich at his International Phonograph Inc., this magnificent set is journeying to become a classic for all time. Such a thing is possible because of the music as well as the magnificent package. It is made from an analogue recording and re-mastered on equipment so sensitive that it has preserved—thanks to Mr. Horwich’s ingenuity—the pristine recording of the original date. But that is only the half of it. The other half is the music, which is so far ahead of time it predates many other flute and piano recordings that came long after it.

The “leader” on the date, Jeremy Steig was a dazzling flutist who was also the son of New Yorker cartoonist William Steig, and a budding cartoonist himself. It would seem that the younger Mr. Steig was raised with a flute to his lips; such is the genius of his playing on Flute Fever. Not only is the flutist one of the great virtuoso players on his instrument, but he is also one of the most innovative and creative flutists as well. On this recording listeners hear how Mr. Steig addressed the tonal color restrictions of the instrument: by the use of “modern” acoustic techniques voice multi-phonics and overtones similar to those used by the legendary multi reeds and woodwinds player Rahsaan Roland Kirk. Mr. Steig also used the keys of his flute as a percussion device to augment the kick of the bass drum with resonant beats half way through the rhythm cycle. His brilliance is such that on the solo on “Oleo” it is hardly possible for the listener to exhale as Mr. Steig runs down the melody, fluttering up and down with diminished and augmented harmonics. He does this again on the wonderfully melancholic chart, “Lover Man”. This playing is what defines the recording.

Although the entire album contains flawlessly played music another surprise on the re-mastered album—and a welcome one at that—is the alternate take of “What Is This Thing Called Love”. This alternate is actually the first take of the song and also goes to show the uncanny empathy between the players; bassist Ben Tucker, who also has a racy solo on “So What,” and drummer Ben Riley and the other excellent debutant, Denny Zeitlin. Mr. Zeitlin plays soli that are chromatically astounding. He absolutely commands the grand keyboard to bow to his commands as his lithe fingers tear up and down the ebony and ivory. The pianist’s masterful playing was the shape of things to come as Mr. Zeitlin developed into one of the most ingenious pianists of today. His soli on “What Is This Thing Called Love” and Thelonious Monk’s “Well You Needn’t” are nothing short of majestic. It is a pity that he and the somewhat reclusive Mr. Steig are not better known today. Yet this recording and its re-release ought to give a lesson in genius and bring their achievements to a newer and wider audience.

Jeremy Steig is an American jazz flutist. Steig is the son of New Yorker cartoonist William Steig and Liza (Mead) Steig, head of the fine arts department at Lesley College and a sister of Margaret Mead. Steig himself has worked as an artist and graphic designer. At age 19 Steig was involved in a motorcycle accident which left him paralyzed on one side. For some years afterward, he played the flute with the help of a special mouthpiece.

After a start in mainstream jazz, with albums with Bill Evans and Denny Zeitlin, Steig became an early force in the jazz-rock fusion experiments of the late 1960s and early 70s, including the short lived band Jeremy and the Satyrs, featuring Warren Bernhardt, Eddie Gomez and Adrian Guillary. Steig’s album Energy, later re-released with additional material under different titles, featured keyboard player Jan Hammer and bassist Eddie Gomez, and was recorded at Electric Lady Studios under the hand of sometime Jimi Hendrix engineer Eddie Kramer. Additionally, Steig played flute on the seminal Peter Walker record “Rainy Day Raga”, providing an atmospheric color essential to the records fusion of Eastern Indian and Americana Folk traditions.
Steig addressed the tonal color restrictions of the instrument by the use of “modern” acoustic techniques electronic effects, and by using the entire battery of flute-family instruments, from piccolo to bass flute (including the obscure Sousa-era alto piccolo), often over-dubbed and multi-tracked together.

His song “Howlin’ For Judy” from his 1970 album Legwork is the main source of the sample on the 1994 Beastie Boys’ single “Sure Shot”. Steig performs the role of “The Pied Piper,” exclusively on flute, in the film Shrek Forever After, based on the character created by his father. He lives in Japan with his wife Asako.