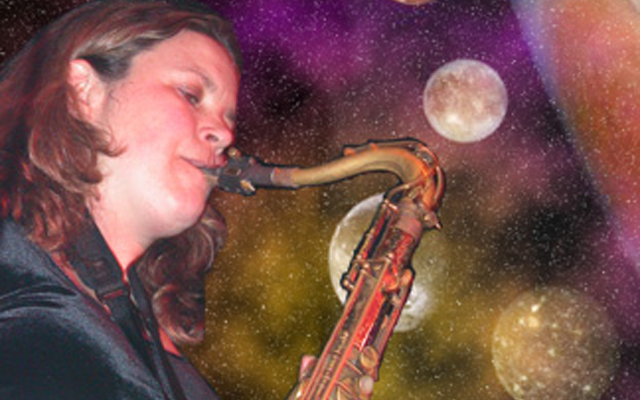 Of course we are going to discover all sorts of delights in Groove Garden, but something else that Jenny Hill is showing us here is her ability to bend the instruments that she plays to her will. In doing so, she can make perfectly masculine instruments such as the tenor saxophone sound beckoningly feminine. Conversely, the flute and the soprano saxophone, often turned into female partners of the men playing them seem to be endowed with masculine personalities. Of course all of those roles are reversed at the drop of a proverbial hat, when the tenor saxophone can sound almost gruff and the alto flute – which makes a solitary appearance – becomes a baleful old man, reminiscing in the dark about an old black and white photograph. Mixing up roles, however, is only a part of Miss Hill’s missive from her “secret shrubbery”.

In musical-botany-speak, Jenny Hill has crafted a garden of most variegated delights. Under normal circumstances such a patch of allsorts might also sound like a bit of a musical hodgepodge and clearly Jenny Hill means to avoid this very fate for her recording. She does so by working through the music of Rio de Janeiro, São Paulo, the dusty streets of cities in Pernambuco, or Lima, Port of Spain, New Orleans and Brooklyn, New York with scholastic purity as well as 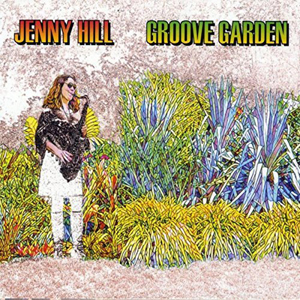 by scrambling the running order of cross-references in such a way that she puts her own spin on things. And everything gets much more interesting as Miss Hill turns into something of a chameleon herself, by slipping into her tenor saxophone personas, her flute personas.

Displaying her idiosyncratic make-up, which combines the metal frame of the saxophones and flutes with her own charming body and soul, Jenny Hill introduces her listeners to the formation of a character that can “sing” with a striking difference in timbre between the deep “brass-like” sound of the bass and a glistening brilliant quality of the treble. These contrasts are most effectively realised in the various songs from “Spy vs. Spy” and “Tino-ish” to “Maracuja” and “Sunny Day Pal” – together with a whole range of colours and textures in between. Throughout, of course, Miss Hill’s performance is controlled and musically incisive, while letting it rip every once and a while. Her writing shows an impressive grasp of local idiom.

The recording quality suffers somewhat between Brasil and Brooklyn when the contrabass of Oswaldo Amorim seems to be overpowered by Todd Isler’s drums. Curiously a modicum of balance returns when Eduardo Belo picks up the contrabass. One would never know, of course, how their instruments differed in tone; or if pick-ups would have corrected any imbalance; and while this is a minor irritant, it does impact the overall sound recording of some of the songs (“Drive West” and “Spy vs. Spy” are good examples for those listeners who are so academically inclined, to examine under a microscope). Still, the good stuff (the music) on this recording far outweighs the bad stuff (the sound).