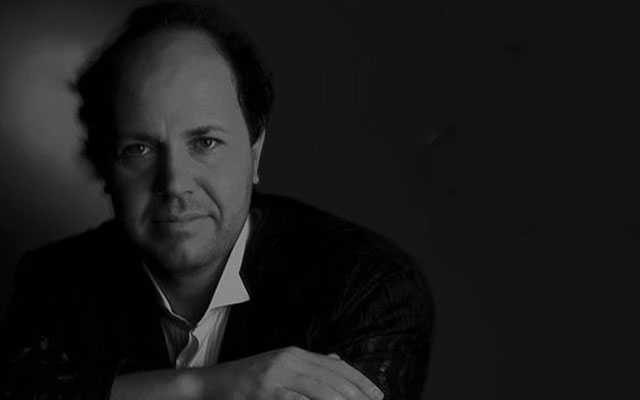 Depending on which earpiece of the cultural stethoscope you listening from, Jan Hammer is a Pop Culture icon and the creator of the iconic theme for Miami Vice television series, famous for launching the career of the series creator Anthony Yerkovich, and, more importantly the careers of its stars Don Johnson and Phillip Michael Thomas. Alternatively he is, like Josef Zawinul, the “other” European who became part of one of two of the world’s groundbreaking music ensembles. In Mr Zawinul’s case it was legendary Weather Report and in Mr Hammer’s it was the equally legendary Mahavishnu Orchestra. In between, for Mr Hammer, it was a long and distinguished journey through music from Prague in the Czech Republic to the US, via Europe, of course, where he played with legends such as Sarah Vaughan, Elvin Jones and Jeremy Steig; Tony Williams, Al Di Meola, Carlos Santana and Jeff Beck to name just a few. 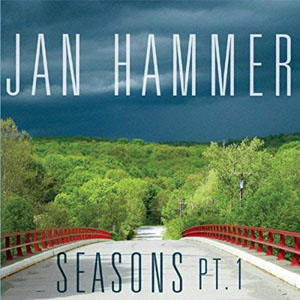 Clearly Mr Hammer is a musical royal, but more, someone who spans a breathtaking array of musical settings that certainly arose from the heart of Jazz but later spread expanded from the studio and the concert hall performances and recordings into television and film for which media he wrote magical songs and soundtracks. And then suddenly there was silence of a sort for Mr Hammer receded from the limelight, composing, woodshedding and building, it now seems a soundtrack of the sort of life he has spent almost fifty years living through and refining from the bench by the concert grand to the magical studio toys he came to master just as famously as Joe Zawinul (although Mr Hammer never seemed to crow about it as much as the other guy).

This is what has become Seasons Pt.1 a recording that seems to pick up where he left off some twenty (or more) years ago. It also shows the composer and pianist heading into the suburbs and countryside of his musical odyssey, making friends with the imaginary characters and situations that come to be profiled and built into a hypnotic musical narrative that unfolds through the disc. And you cannot help but go travelling with him. You hear the sense of freedom in the glinting lights down the long stretch of “Miami – Night”, while the elegance of his piano playing is often adorned and overlaid with the supple sounds of a guitar and strings; with massive climaxes conjured by bass and drum sounds wrought from (he tells us) “Korg, Yamaha and Kurzweil” keyboards – the latter-most standing out from his masterful manipulation of its functions to make it part of a natural landscape that mixes beauty and danger and the howl of wind (“Ocean Drive”) and whisper of snowflake (“Winter Solistice”).

Whether evocative of freezing nights or long rainy days, each track takes us into some wild place tamed by the music of his imagination with a myriad trusted electronic instruments and a grand piano. Rarely have the breathtaking evocation of endless vistas and the glorious traditions and styles of classical and contemporary music come together so gloriously Ryuichi Sakamoto created the magnificent soundtrack for Bernardo Bertolucci’s adaptation of Paul Bowles’s dangerously beautiful book The Sheltering Sky almost thirty years ago.