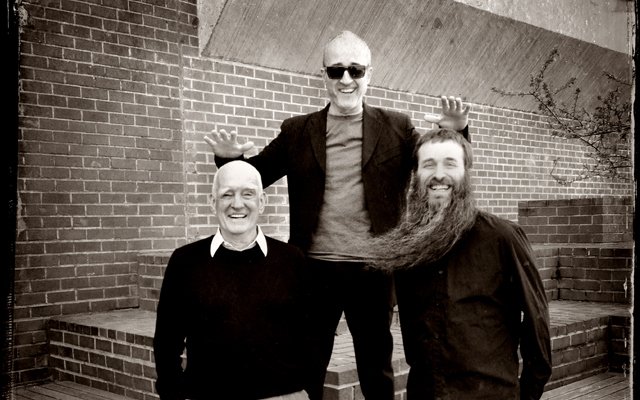 Jamie Saft, Steve Swallow and Bobby Previte have been exploring a new way of thinking about the kind of trio music espoused by keyboard, bass and drums, and improvisation in the historical context (and out of it) as well and to say that it’s been an intriguing experience is perhaps putting it mildly. This is how it felt from their very first album together, called New Standard (RareNoiseRecords, 2014) and the later date Lonliness Road, which included vocals by Iggy Pop. But You Don’t Know the Life, a kind of sardonic title in the circumstances, certainly carries this trio to the furthest limit imaginable so far. 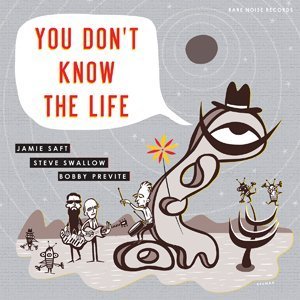 So what exactly does all this mean? Well Mr Saft’s keyboards manipulations for one, when melded in with Mr Swallow’s one-of-a-kind electric bass tone and Mr Previte’s adventurous percussion colouring suggests something wholly new already. Together they play their instruments with continual improvisational surprises and all but thumb their noses at slavish period awareness, while also serving as a reminder that their music is historically informed while being, at the same time, creditably “out there” in unexplored territory. Moreover, the judicious mix of instrumentation – Mr Saft’s collection of keyboards on this latest disc include the Hammond B3 organ, the Whitehall organ and the electric harpsichord – which by themselves do not necessarily constitute a “difference” in sound, but when engineering craftsmanship is applied to the almost minimalist music produces dramatic results.

This new music is a superb testament to all of that. Combine all of it with sensitive interplay, punctuated with singular improvisatory responses to each other’s playing and the emotional and stylistic directions that the trio has taken often carries us off to surprisingly new waters – sometimes loosely rooted in form and tonality, at other times freer on all levels as thoughts unfurl. Not the ‘often’ rather than the ‘always’, though, because while the improvising composer-musicians fly in the moment, their ‘improvs’ do occasionally skirt dangerously close to the sort of programmatic crossover music that aims to push their own emotional buttons with minimum compositional effort.

Interestingly the album begins with Bill Evans’ “Person I know”, which reaches out to one who defined classic trio music, but it is also a track that provides the strongest whiff of the classical trio chill-out on the disc. The album also re-imagines two beloved standards “Moonlight in Vermont” and “Alfie”; the latter becomes a new benchmark performance of a song that Sonny Rollins made equally iconic. The magical “Ode to a Green Frisbee” is the cherry on the cake, which has no doubt been baked in honour of Mr Saft’s guru, the great Roswell Rudd. All in all this is an album to die for any which way you cut it…