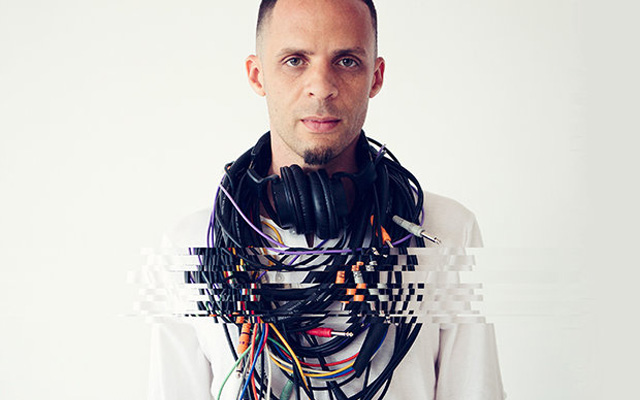 Sorting out the plethora of albums released so far in 2016, none comes anywhere near the intensity of Jaimeo Brown Transcendence Work Songs. This is a sequel to his album Transcendence. The 2013 album was a path-breaking one as Brown and his group journeyed into the mystical world of the Gee’s Bend Singers, quilters who chanted as they sewed their magical aspects of the mystique of African-American history. On Work Songs a disturbing but darkly beautiful album of African American folk songs that have come to represent proto-historic spirituals and the blues Brown has rightly and thoughtfully expanded his repertoire to include work songs from Japan and India, both countries where indentured labourer has mimicked the slavery of the United States. 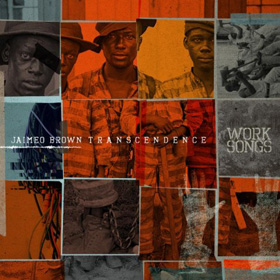 Together with his doppelgänger, guitarist Chris Sholar, Jaimeo Brown has created dreamlike music which acts as a backdrop for the steady rhythmic heartbeat of farming tools, hammers and chains – symbols of human bondage. When this soundtrack casts its shadow on the chants and songs of the working men and women whose only escape was these songs of freedom we have a very powerful kind of musical document that literally soars as it sings the song of the triumph of human endeavour. The music has a fierce energy that is immediately discernable from the very first chords of this immensely exciting recording. It will give you a catch in the throat and keep you on the edge of your seat. Primary colours abound. There is an almost orchestral texture as saxophones weave their exquisite melodies in and out of the chants and work songs. Jaleel Shaw and JD Allen have unique sensibilities and keep the music on a tight rein, with rhythms and phrasing precise and alert.

Perhaps the most edifying aspect of the music comes when vocals meld into the music of Brown, Sholar and the other instrumentalists. For Mama Lucy is one of the most powerful songs on the album. It features recorded samples from Alan Lomax’s field recordings of the original song that was written by early bluesman, Leroy Grant. Another gleaming gem is Stonemason, based on the chipping of granite to make lay down the bedrock stonemasonry in Japan. This work song of the labourers is sent into a rarefied realm by the ghostly vocals of Falu a young vocalist who seems to find the mystical union of sound and spirit every time she makes music. Falu has been an inspired choice for both of Jaimeo Brown’s recordings –Transcendence and Work Songs.

Just when you thought that the Jaimeo Brown’s own drumming was something elusive throughout the recording he plays the solo song Paterson and your spirit begins to soar again. Let’s not forget the fabled Gee’s Bend singers who bring their special spirit to Happy Serving and The Valley. The seemingly grainy sound of the instruments gives a lightness and transparency to the texture, and the saxophonists Allen and Shaw) and the guitarist (Sholar) join Brown in creating music so moving that you can easily imagine it being also danced to. Capture all of this in a recording that gives space to the sound, but not too much clouding resonance, and you have a winner.