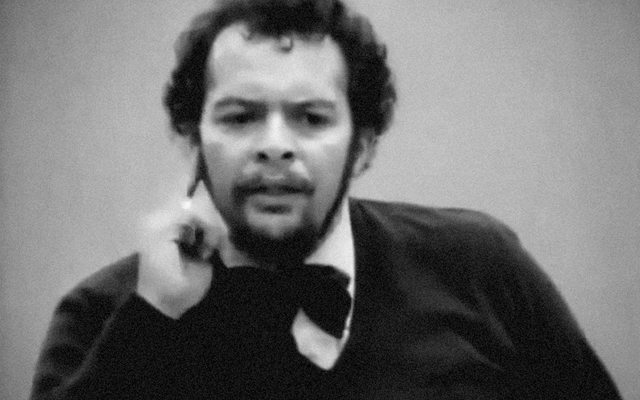 As a musician and saxophonist as well as a figure in the history of Jazz, the prodigiously talented can only be described as a true genius and a hipster in every sense of the term. McLean had a singular voice quite apart from Charlie Parker and Sonny Stitt, the two most prominent alto saxophonists in his ‘life’ but he was also schooled in the musical arts by Thelonious Monk and Bud Powell. Bebop left a lasting impression on McLean and consequently his life burned in the blue part of music’s flame. His candle did not burn as fast as most musicians of the day even though he was a substance abuser for many years of his life. The saxophonist was very much the toast of New York’s musical cognoscenti despite having a temper only rivalled by Charles Mingus who once employed him and with whom he made the iconic album, Pithecanthropus Erectus. The relationship did not last long and McLean was soon dismissed for pulling a knife on his boss. 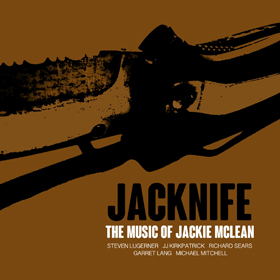 However, as far as music and the choices he made there McLean was in a class of his own. In the (paraphrased) words of the immortal Romantic, Ludwig Van Beethoven, Jackie McLean “didn’t only ‘practice’ his art but forced his way into its secrets for it and knowledge raised men to the Divine”. Paying such a musician homage would not be easy if the right artists did not seize the day to ensure that the music McLean made at various points in his career did not gleam with the same intensity as when Jackie McLean recorded it. That is what recommends this recording rather simply entitled The Music of Jackie McLean with such nobility. The vitality and brilliance of these six tracks as played by a most appropriately named band: Jacknife shine forth in the strongest and most exciting, visceral colours.

The quality of playing is extraordinary, with strikingly characterful alto saxophone and trumpet solos by Steven Lugerner and JJ Kirkpatrick respectively, especially in ‘Cancellation’ and in the bluesy movement of ‘Hip Strut’ especially in the rampant alto saxophone with raunchy trills in its swaggering version of the latter song. Ensemble playing is flawless from a group with alert, finely dovetailed playing from each and every instrumental section and an ideally tight rhythmic attack from pianist Richard Sears, bassist Garret Lang and drummer Michael Mitchell.

Rhythm, indeed, is strongly marked throughout, emphasising the unforgettable individuality of the ‘Mac Attack’ which was laid on to listeners in highly distinctive tone colours and with raw emotion that Jackie McLean seemed to conjure up every time he put his saxophone to his lips. The rich and full sonic picture of McLean’s music is particularly well documented not only by musicians as individualistic as these but also by a dark and dry recording quite masterfully engineered by Jim Lang.