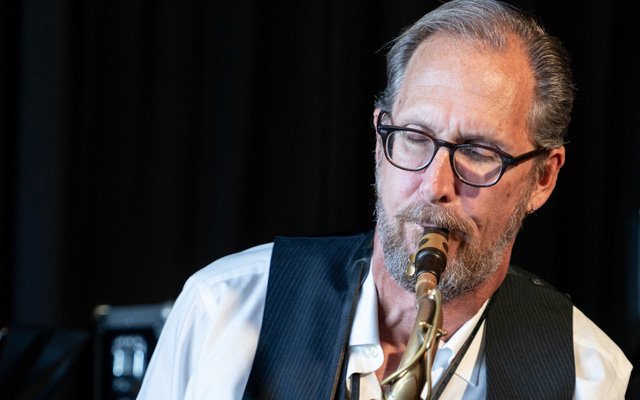 Scott Silbert – player of many woodwinds, pedagogue and one-time arranger for the United States Navy Band until he retired in 2017 makes a gracious foray into the land of swinging big bands with his own large ensemble. And we discover a wonderful album entitled Jump Children on which Mr Silbert and his entourage play with a similar, wonderful sense of vitality with which he has graced every working band he’s been in since 1991. The music is hot stomping and swinging music evocative of Benny Goodman and Lionel Hampton.

Mr Silbert adopts the same graceful, airy style, with intense rhythms and sweeping harmonic variations that he once brought to his much vaunted performances on stage and on record. There is also the ability to make unusual changes work in adapting 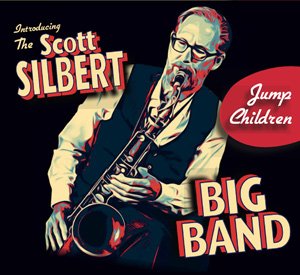 the famous classical piece – Rimsky-Korsakov’s “In a Persian Market” – with a wicked, yet intelligent, sense of playfulness. This brilliant ensemble plays ragtime music as if they were born into that era. Arrangements are outstanding. Slow movements glide as they swing making for graceful, lyrical episodes.

Improvisations – and therefore soli – are most imaginatively played and the controlled brilliance of ensemble passagework is irresistible. Brass and winds are perfectly in tune with each other and the rhythm section provides all the necessary elements of drama and emotional colour. Soli are elegant, stylish and played throughout with beautiful tone and a breathtaking sense of fantasy. The musicians not only read well, but they play with idiomatic excellence too. This is hardly surprising as the ensemble is filled with musicians with extraordinary virtuosity – including ubiquitous names such as trumpeter Liesl Whitaker, and saxophonists Mercedes Beckman and Leigh Pilzer, as well as the fine bassist Amy Shook.

And so it’s no wonder that this is an uplifting set from end to end. You’ll find yourself wishing that the swing era of music that was aglow during the early part of the jazz revolution never faded away. But hold on… Scott Silbert and his Big Band seem to have kept the fires burning like the rhythmic chugging of the steamboat…And the party on board is only just beginning…