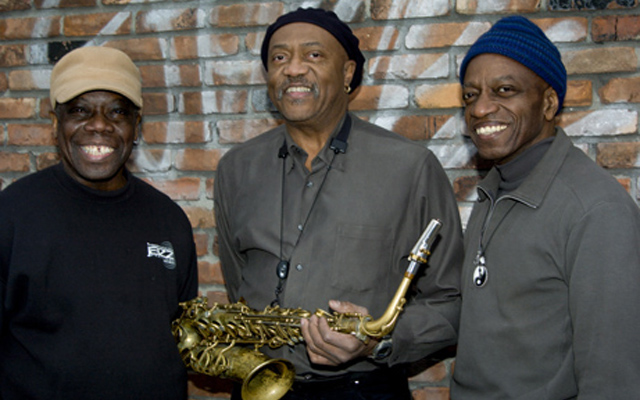 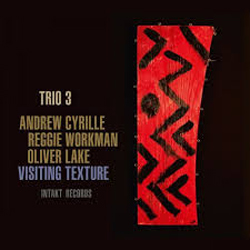 Oliver Lake flaunts his ability to make the virtuoso bassist and John Coltrane alum, Reggie Workman and the drummer and Cecil Taylor alum Andrew Cyrille dance to his tunes in a series of death-defying high-wire escapades. In extraordinary Trinitarian adventures especially typically on “Epic Man” Lake, Workman and Cyrille play their parts with uncannily earthy force. In the midst of this high-wire performance Trio 3 perform Ornette Coleman’s “A Girl Named Rainbow, Cyrille’s “7 For Max” and Reggie Workman’s “Visiting Texture”, the ultimate show-stopper, with elegance, colour and variety. Trio 3’s version of “A Girl Named Rainbow” sits proudly alongside the legendary recording by Ornette Coleman himself. The repertoire reveals Trio 3’s broad taste from Coleman to Lake, with stops along the way for music by Cyrille and Workman as once virtuoso, lyrical and deeply profound. 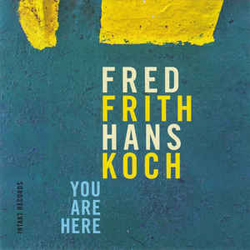 Virtuosity and unbridled genius suffuses the seven pieces by Fred Frith and Hans Koch, on You Are Here. Both guitarist and reeds and woodwinds player evoke a series of haunting scenes on “Strange Is the Night Where Black Stars Rise” and this performance is enriched by free improvisational forms. The writing throughout the set abounds in poignant lines and dramatic flourishes for the interweaving instruments. The visceral magic of this music remains a beloved example of European contemporaneity; its amalgam of yearning and rapture could easily be taken for granted. Nothing of the sort here. As in the disc’s other fare, Frith and Koch shape every phrase with ardent sensitivity, lingering or propelling the narratives as they heighten the music’s ineffable meanings. With both Frith and Koch providing their own brand of animation, this recording is a meeting of equals. 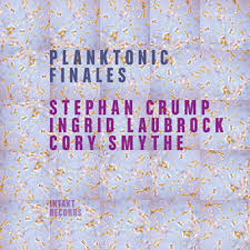 In the process of making this spare trio a viable contemporary ensemble, bassist Stephan Crump, saxophonist Ingrid Laubrock and pianist Cory Smythe release the 2016 Intakt recording after several years of creative activity, nose-to-the-grindstone, so to speak. And a certain pungency – even a rugged lyricism – on the part of Laubrock and Smythe, with harmonies taking unpredictable directions. But it’s all par for the course for these ceaseless improvisers. The playing on this subterranean contemplation on the secret lives of the plant kingdom is sublime, operating on different, perhaps more rarefied planes considered authentic to connoisseurs of free improvisation. The intensity is real, the sounds gorgeous, the rhythms infectious throughout Planktonic Finales. Crump, Laubrock and Smythe play as if every track were a universe in itself, each musician throwing in devastating soli. 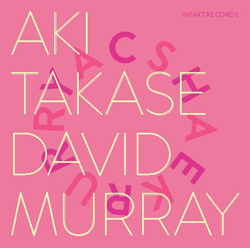 Cherry – Sakura is a veritable classic recording by pianist Aki Takase and the tenor saxophonist and bass clarinetist, David Murray. Through it all, Murray plays with consummate sensitivity and flair, using his sonorous tone, on both tenor saxophone and bass clarinet, and a discerning palette of vibrato to create something vibrantly with Aki Takase. This Swiss performance provides a healthy taste of both Murray’s and Takase’s superlative artistry. Both are as commanding in the penetrating thickets of David Murray’s “A Long March to Freedom” as they are seductive in Aki Takase’s seductive “Cherry–Sakura”. In Thelonious Monk’s “Let’s Cool One” both bass clarinetist and pianist demonstrate that they can toss off technical feats with the best of Charlie Rouse’s and Monk’s. Their collaboration is first-rate and brings commitment and vitality to all of the programme’s intrepid fare.

Jürg Wickihalder, Barry Guy and Lucas Niggli’s Beyondsports the sleek, gorgeous energy and occasional dark corners of a very graphic sonic landscape. The music presents the three instrumentalists as virtuoso, adventurous, equally tasked protagonists laying out deliriously brilliant performances in relatively shorter form focussed on sheer pleasure. The lyricism of “Return of Ulysses” is laced with skeins of incandescent beauty and liquefied energy that flows like a deliriously infectious Joycean energy as it melts into a breathtaking, stream-of-consciousness work of art. The coolly virtuoso performances, lit by flashes of passion, reflect the musicians’ close identification with each other’s compositions. Wickihalder’s substantially and richly atmospheric song, “The Last Breath” takes all the instruments on a series of hooks-and-ladders runs which is livened up with sumptuous colours and inner flames.