The first sounds you hear – the reedy tones of Ingrid Laubrock’s Tenor/alto saxophone smearing itself against Tim Berne’s breathy alto saxophone, Ben Gerstein’s growling trombone and the bellow of Dan Peck’s tuba –will, the occasional tickle of pulse emanating from the set of drums notwithstanding, be the only sound you hear for the next 57 minutes as the music of Ubatuba seems to go in a circular motion, very slowly, very deliberately, very beautifully. 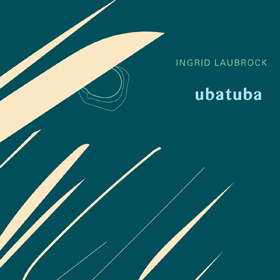 Ms Laubrock’s new pieces on Ubatuba, almost through composed, yet vibrating with viscerally exciting improvisation settle like magnificent layers of melody and harmony, and harmony and melody, with rhythmic pulse after rhythmic pulse in sequences of modular scores where individual musicians are sometimes free to place notes anywhere within ‘time brackets’ which determine when a specific sound must start and then stop – render anything that might even approximate the continuity of a conventional narrative, or the discontinuity of an anti-narrative, impossible. Details in the writing are scintillating and full of surprise. Harmony becomes liberated from metric time; from needing to have a beginning, a middle and an endpoint. When instrumentalists play the material inside their time brackets simultaneously, disembodied harmonies – isolated notes decaying as others hairpin forwards – are left hanging in the continuous present.

Ubatuba was designed for brass and reeds composed by Ingrid Laubrock on saxophone for the itinerate saxophone of Ms. Laubrock, whose mastery of the instrument – any register she plays, it appears – has impressed connoisseurs of the instrument deeply. These new sets of music is a logical adaptation of all of her prior work congealing in an original score that brightens the future of the woodwind instrument in terms of tone colour, dynamic, timbre and musical scope. It also bodes well for those composers who might be adventurous enough to approach the instrument as Ms. Laubrock has – as a means of composing music, alternative to the veracity of the piano.

I very much doubt whether composers would have objected to the rethink. And this might be why: Removing directional purpose from harmony has the effect, perhaps unexpected of subtly deflating the standard timbral function of instruments. Bass instruments, trombone and tuba, for example, in Any Breathing Organism, and the drum in with its explosive depth bombs on Hiccups, no longer need to bolster chords from the bottom and, instead, fall towards a rough timbral shag, like random bricks finding a unified colour as they weather. Ingrid Laubrock and her saxophones form a hybrid identity, the combined shadows of their overtone series creating a completely gorgeous ozone layer of ebbing and drifting harmonic vibrations. The other instruments seemingly filled with bubbling water and rotated to generate random splashes add occasional markers.

But two Ubatuba can be a very short 57-minute work, assuming that you are willing to submit to a concept of time that has no point of reference within contemporary music. Bravo Ingrid Laubrock for making it happen and for Nick Lloyd for having the wherewithal to make it a beautiful audiophile experience.