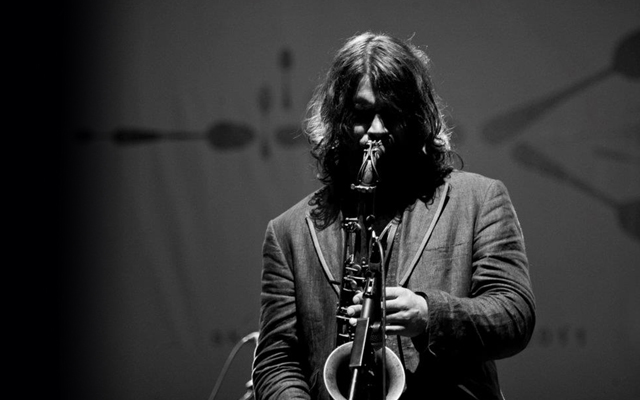 Ilhan Ersahin has a background in which, clearly the fiery and lofty values of his Turkish heritage collide with the lofty values of his (other) Nordic side. This has helped him create a musical amalgam which drinks at the earthly fountainhead where the rhapsodic ululations of the voice raised upward to the heavens soon descend like ferocious, icy wind gathering vehemence into a series of stratospheric variations meld in with the as vivid and noble – and yet as eloquent as the Ottoman is from the pastoral Viking. And yet like a rush of an atmospheric event turbulence turns calm and then silent, but not before it becomes a veritable passacaglia, tumbling earthwards, from outer space. 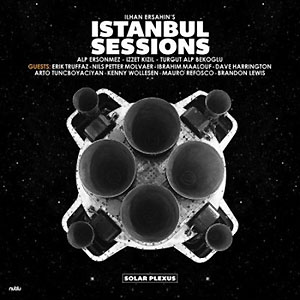 This double-album with its appropriately visceral title Solar Plexus is (tellingly) inspired by the atmospherics of a science fiction film soundtrack. Mr Ersahin lists Arthur C. Clarke’s 2001: A Space Odyssey and Philip K. Dick’s Do Androids Dream of Electric Sheep; the former turned in film by Stanley Kubrick and the latter by Ridley Scott (as Blade Runner). The music has been gloriously captured on vinyl and features – in addition to Mr Ersahin’s lonesome saxophone and the keening wail of a triumvirate the trumpets of Erik Truffaz, Nils Peter Molaver and Ibrahim Maalouf, before they herald the mighty rattle and hum of percussion and voice of Arto Tuncboyaciyan, together with percussion of Mauro Refosco, and the drumming of Kenny Wollesen, Brandon Lewis as well as with Mr Ersahin’s Turkish contingent of Izzet Kizil, Turgut Alp Bekoglu and Alp Ersonmez’s droning bass lines.

Even though the music is broken up into several episodes, it feels as if it is symphonic. It’s severity of style and profound logic (experienced beautifully on the character sketch of “Pris”, the tragic character from Blade Runner) that creates an inner connection between the themes. Solar Plexus is a monumental work and like the world from earth to the space around its music embraces everything.