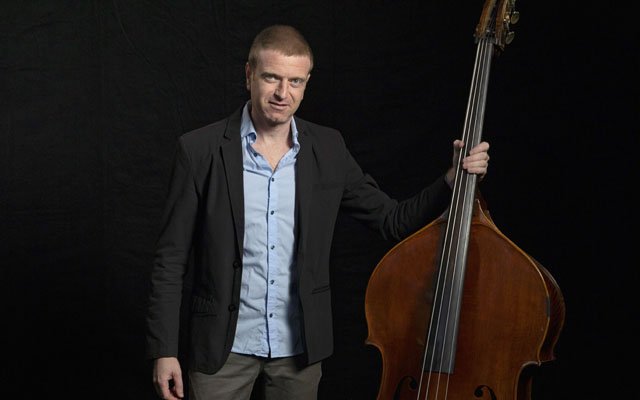 Every once and a while you might come across an album of music that leaps out from the crowd and is so impressive that you want to gift copies of it to anyone you meet. Contrabassist Igor Kogan’s small-group recording In a Big City is one such album. This is a set of musical impressions of what it is like to live and experience the challenges of a large metropolis. Among the things that emerge from the music on this album is, first and foremost, the fact that far from being overawed by the concrete jungle, Mr Kogan seems to have embraced the enormity of its architecture and the overarching pressures of life within. 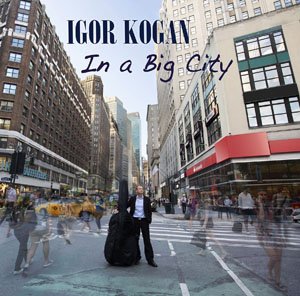 The big city [or cities], from which Mr Kogan draws his experiences are as varied as those in Russia, Israel and the USA. Consequently Mr Kogan used his bass violin to provide sketches and recreate the large metros with a deep sense of respect and gravitas. The glorious rumble of his bass notes, which are deliciously round and flaming, ignite this robust music bringing with them exquisite vertical lines to the music’s swerving melodic lines. As a rhythmist Mr Kogan is also undaunted by the diabolical challenges of his instrument; instead, he uses his technique to weave his bass lines with the nimbleness of a violinist – the virtuosity of instrument is carried forward from his violin-playing days in the conservatoire.

Mr Kogan is also an adventurous composer and he combines this sense of adventure with the childlike daring with which he approaches his music. The result is the maddeningly fast and furiously-paced “Qwerty aka False Start”, the bracingly breezy “Expectations” and seven other superb compositions. He is joined in this breathtaking quintet debut by accomplished musicians who appear to have interiorised his music with a rare degree of expertise, and who give a fine account of each song with idiomatic gracefulness. The celebrated Tierney Sutton makes a vaunted appearance on “Vocalise”, a song that appears to have been written with her in mind. At any rate her performance is so special that it is clear that music – any music – speaks in a very special way to her, for her performance on the song is quite simply celestial. This music and the warmth with which it has been captured make In a Big City an album to die for.