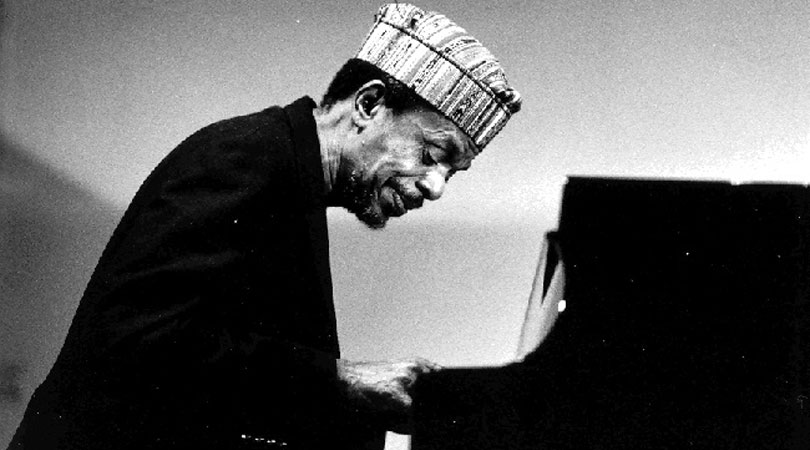 There are very few musicians who can be turned towards to feel the beating heart of African-American ethos. Horace Tapscott is one of them. The blunt force with which he strikes piano keys is reminiscent of the hard edge in the deepest part of the blues. The angularity of his attack, which makes for a dramatic, slanted enunciation, also reminds the listener that the blues can also be beautiful and subtle. In Mr. Tapscott’s musicianship there is also the reminder that the blues swings and is ebullient as it proclaims the triumph of human endeavour, but it is also haunting as it traverses through all the pain of being black in America. This is why he always gave the feeling of being heraldic and served as a moral compass for musicians and listeners alike. Mr. Tapscott’s music produced an elemental ache in the heart of the listener just as much as it shaped the eventual joy that came from experiencing that melancholic thorn in the soul. Such was the power of Horace Tapscott’s music as it roamed the topography of African-American culture that it described the racism against a people in a brutal and unexpurgated way. But more than anything, more than the striking mirror it held up against society, it reflected the anguish of discrimination and the art that pronounced it. 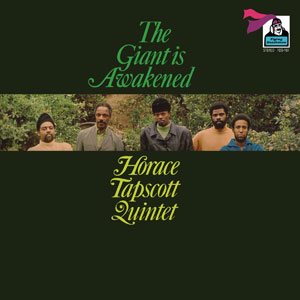 Horace Tapscott’s seminal recording The Giant is Awakened was cause for celebration when it was first produced in 1969 by Bob Thiele and released on the Flying Dutchman imprint. And now, Jonathan Horwich and his International Phonograph Inc. have produced a brilliantly packaged re-issue. This is a project worthy of recognition all over again for all of the reasons mentioned earlier. But it is also worthy of remembering again for the genius of Mr. Tapscott’s writing. First of all, like all modern masters, the pianist shows his deep sense of history. He belongs to the finest tradition not only of pianists but also of musicians who held fast to unbridled excellence. “Fats” Waller—the genius he celebrates in his own composition entitled “Fats”—runs through his veins and spills out onto the keyboard. And like that other genius, Mr. Tapscott wastes no time on useless virtuosity. Each note is heartfelt, but is also precisely where it should be. This makes for the lean and sinewy manner in which his phrasing and also his lines excite the listener. His stories are also vivid: They can be ominous as in “The Giant is Awakened” and “The Dark Tree” and they can also be fantastic as they unfolded in a vivid, yet dreamlike manner, as in “Niger’s Theme”.

At a time when much music is thin on substance this record is a timely reminder that great music should never be forgotten. Unfortunately the record also comes at a time when John Coltrane’s Offering and Charles Lloyd’s Manhattan Stories are being lionized in the press. But The Giant is Awakened should not be allowed to pass like a ship in the night. Nor should the importance of Mr. Horwich’s endeavours be allowed to be in vain. This is and will always be an important record returning at an important but unfortunate time in the history of discrimination against the African-American Diaspora.

Track List: The Giant is Awakened; For Fats; The Dark Tree; Niger’s Theme

Born in 1934 in Houston, Texas, Horace came from a musical family centered around his mother, Mary Malone Tapscott, who worked professionally as a singer and pianist. When Horace was nine, the family moved to Los Angeles. As a teenager in the late 1940’s, Horace was surrounded by the music of Central Avenue: Art Tatum, Charlie Parker, Coleman Hawkins, Dexter Gordon, were among the many cats on the set. Around this time, Horace also began to take music lessons from teachers Dr. Samuel R. Browne and Lloyd Reese, whose other students included Eric Dolphy and Frank Morgan. Horace’s musical studies included trombone in addition to piano. In 1952, Horace graduated from Jefferson High, got married to Cecilia Payne and went into the Air Force. Horace played in an Air Force Band while he was stationed in Wyoming for his term of duty. After mustering out, he returned to Los Angeles where he worked around on various gigs until he joined the Lionel Hampton Big Band as a trombonist… Read more…