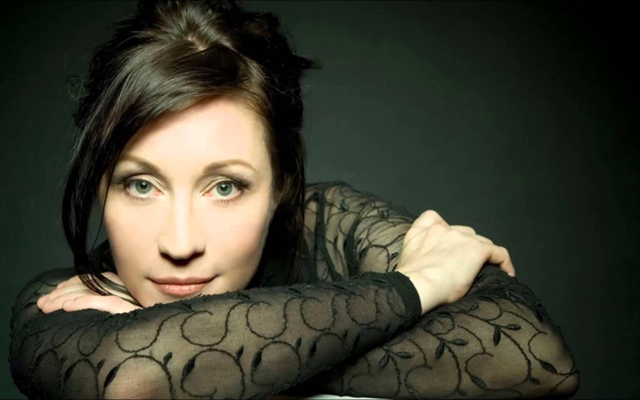 While we never really needed another Holly Cole disc to establish her supremacy over vocal music – any vocal music, but let’s say music in the Jazz style, for now – but we will always welcome another disc if only to be mesmerized by her smoky and sometimes gravelly, and always alluring way with words. So here’s Holly; just that disc to remind us that where once there was only the fire and brimstone of youth, now much of that has been melted in with the well-honed values of wisdom and experience. And that’s just another way of reiterating that while nothing has been lost after thirty years of paying her dues, much has been added to her iridescent vocalastics.

Holly comes five years after Miss Cole last graced the studio and in her re-entry into that haloed space couldn’t have been more auspicious. First there is Russ Titelman in the Producer’s Chair, but more importantly Miss Cole is in absolutely top form. The album features beautifully crafted arrangements of mesmeric variety and sensuousness, and each is sung gloriously, with spacy allure, in every lovingly caressed phrase – including two songs: 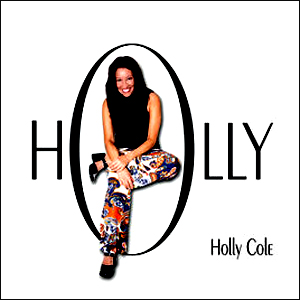 “I Was Doing All Right” and “If I Could Write a Book” with the prodigiously gifted Wycliffe Gordon. Mr. Gordon phrases like Pops reborn and leans into Miss Cole the way The Great One leaned into Ella, and Babs… which is something that Miss Cole clearly cherishes as she shines brightly.

But Miss Cole oozes quality on every chart. Her chosen material judiciously focuses on a mixture of standards and some lesser-known gems including one from Mose Allison: “Your Mind is on Vacation” – listen to how she seductively bends notes here melding them in with Aaron Davis’ radiant Fender Rhodes. Then there is “It Could Happen to You”, a beautiful duet feature with Larry Goldings, who appears again on Hammond B3 as Miss Cole inventively sculpts the long and languid inventions of “Lazy Afternoon”. Meanwhile on “I Was Doing All Right”, “We’ve Got a World That Swings” and “”They Can’t Take That Away From Me” she is squares off with Scott Robinson – heard here in all his sumptuous glory on tenor saxophone and cornet. While John Johnson shines on “Ain’t That a Kick in the Head”…

This is a new Holly Cole in many respects, as the vocalist appears with several (relatively) new musicians, or at least musicians she does not perform with often – such Ben Street and Ed Cherry, Justin Faulkner – but there are familiar faces too. Aaron Davis, David Piltch and Davide DiRenzo also return again and as expected they are in tune with Miss Cole’s artistry and vision as ever. But it is Miss Cole who shines brightest as she displays the breadth and depth of her palette of rusts, greens and golds, and a timbre like expensive raw silk; insightful emotionality, supple facility and overall musicality. Make no mistake: Holly Cole is back and she has much to offer.