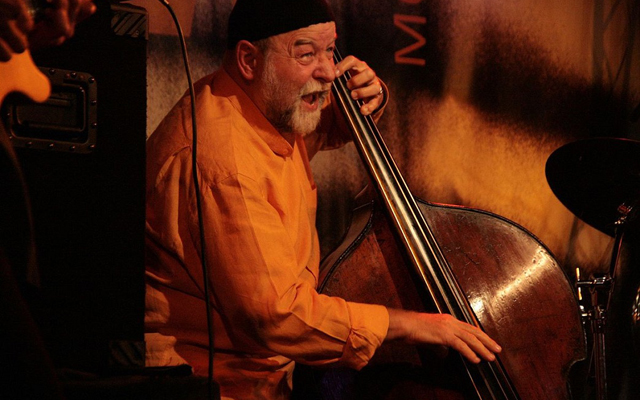 The French were drawn to Jazz long before any other European recognised the authentic brilliance of the music. Composers such as Claude Debussy in his suggestive and evocative tone poem Prélude à l’après-midi d’un faune introduced the idea of constantly shifting harmonic and orchestral backgrounds, and his younger contemporary Maurice Ravel’s G major piano concerto is deeply infused with the idioms of Jazz. This phenomenon has continued right through the decades when artists from Sidney Bechet to Kenny Clarke and Bud Powell were attracted to France and why some of the finest writing in appreciation of Jazz might still be attributed to Boris Vian. 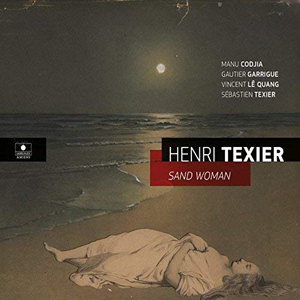 Continuing in this vein we are also attracted to the music made by Frenchmen such as Henri Texier. His 2018 release Sand Woman gives us much to cheer about. Mr Texier, of course, leads from the contrabass and his powerful pronouncements lie not just in the erudite rumble of his instrument, but also in his accomplishments in the field of composition. Mr Texier’s music, which seems thematically united by both the profundity and the ephemeral nature of the works is also alluring by how this combination of opposites gives the music its zest. It begins with a whipcrack, then hustles and gambols on towards (often) pivotal moments accompanied by the deep gravitas of his playing throughout, but especially on “Sand Woman”, a deeply reflective work on which he plays and solos with particular gravity.

On the melancholy, bluesy “Hungry Man”, with its undulant sauntering, propelled by the dark tone of his contrabass the rest of the band shine brightly – especially in the playing of alto saxophonist Sébastien Texier and the screaming clarinet of Vincent Lê Quang, both of whom solo with inspired improvisations on the melody that seem to veer between a kind of dark and drunken tempo to one that becomes uplifting especially in the playing of the latter musician. Guitarist Manu Codja is brilliant throughout navigating his naked instrument between the elemental howl of strings manipulated with a battery of pedals and other electronics. All of this continues through the glittery yet brooding contrasts of “Indians”.

But all is not doom and gloom and “Les là-bas” is a perfect example of the ebullient swing of Jazz. It is also here that drummer Gautier Garrigue proves to be the perfect foil for Mr Texier and the rest of the ensemble. Not only does he play deep in the pocket allowing for the rest of the musicians to make their individual excursions far and wide from the meandering melody, but he also solos with considerable invention. This excellence is repeated during the breathtaking dynamism of “Quand tout s’arrête” as well, which is also marked by the customary wide range of tonal colour, especially in the movements that call for faster tempi. All of this is captured in a warm acoustic by a sound engineer who has as fine an ear for tone and balance as all of the musicians, which, in turn, makes this recording particularly desirable.