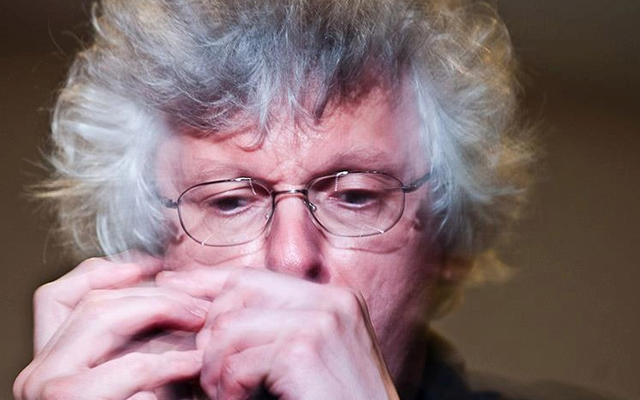 Hendrik Meurkens is a modest musician. And playful too. Here he is naming his 2016 Jazz album Harmonicus Rex. What he does not say – but what we all know – is that he is the crown prince of the instrument. More than that, Hendrik Meurkens is a total musician. He also ‘speaks’ several musical languages and has an ensemble that he brings along to his musical court. His instrument – the chromatic harmonica is small, but he is able to wring from it a mighty voice and we, awe-struck, hang on to his every word. 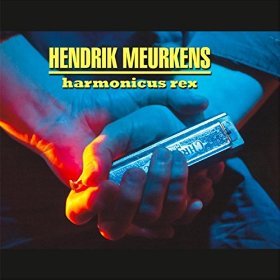 Harmonicus Rex demands our attention because it is a glorious album. It contains originals from Meurkens’ pen as well as six standards. Now many artists from every side of the musical divide have offered their gloss for the American Songbook but few of them have the innate artistry and technique of Hendrik Meurkens. His playing is, naturally, of the highest order and he weaves something unique and imaginative out of each standard, extending their harmonies without falling into the trap of freighting them with too much more than they can bear. On ‘Up Jumped Spring,’ for instance the trademark features of Freddy Hubbard’s classic song are once again on display, yet he ordains this version with a unique sound that is spare in the modern style yet irradiated from within by exquisitely drawn lines and a rare capacity for dynamic refinement.

The disc is probably worth acquiring for that song alone, but there is much more to fall in love with along the way. The transfigured mood of ‘Up Jumped Spring’ and ‘Darn That Dream’ carry over into the rest of the album where Meurkens warmth and intimacy into chorus after chorus of everything written – ballads, narratives and swinging bebop tunes. As a writer, Hendrik Meurkens is sophisticated, and his works engage the listener with lump-in-the-throat poignancy. ‘Mundell’s Mood’ is simply stunning, while ‘Summer in San Francisco’ is beautifully wistful and ‘Mean Dog Blues’ is, well, ferocious and riveting. Each song has its own story which is told with admirable succinctness and elegantly translated so as to be in Meurkens’ programme book – essential reading for anyone who follows the developing history of music.

There are other reasons for why this album is a must-have and they are pianist Dado Moroni, bassist Marco Panascia, the legendary drummer Jimmy Cobb, horn player Joe Magnarelli and flutist Anders Bostrom. Rarely have so many stars combined to produce such an empathetic connection both among them and with the music as well. If there was ever a super-group that owned every note on the album this is it – largely because of Hendrik Meurkens’ leadership but also because of the music’s daring, imaginative and technically superb performances just demanding to be heard.