As the very first three notes [the last one repeated four times] of a hypnotic figure ring in the music of Little Angel in the glorious and depth-defying basso profundo kind of voice of the bass clarinet on Griffin Woodard you know that you are in for a very special treat. It is a spiritual kind of treat in which instruments and the luminous solo voice Georgia Heers gather together in a mystical chorale. Deneen Jones joins in the on Kyrie, when Mr Woodard’s evocative choir turns solemn and Brahms-like. But this is not before Miss Heers’ voice makes leaps – sprite-like and lithe as Little Angel – and the rest of the repertoire promises to take wing. 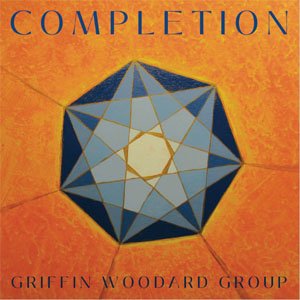 Clearly Mr Woodard is a master of creating not simply spiritual music, but by instrumentation alone also evokes the mystical.  Doxology, a lustrous instrumental re-arrangement of the original 1674 hymn by Thomas Ken, inspired by the words of the two hymns that inspired it: the Gloria Patri sung at Lauds and Compline – “Awake, my soul, and with the sun…” and “Glory to thee, my God, this night…” which was rendered by Ken with the words “Praise God, from whom all blessings flow/Praise Him, all creatures here below…”

Throughout the rest of the album elegant melodies are sprinkled with the aura of the sacred with the gentility of harmonies and the pace of solemn rhythms that appear to align them ritual processionals, and recessionals of a church service [listen to Camillus House and both versions of Bridget’s Song], while songs such as Alchemy sounds as if it gives voice to the era of spiritual warfare in which we now live. Peace hold sway once again with the gorgeous vocals of Miss Heers on Marmalade, who is [first] accompanied by Abe Gold for several choruses before the contrabass of Miles Gilbert invites the rest of the ensemble to join in.

Not all of the music is sacred, but a profound spirituality reigns supreme throughout all of the music. Mr Woodard plums the depths of this kind of [spiritual] music and appears to be welcomed with open arms by the invisible choirs of angels, keepers of the gate into the soundscape of the spiritual realm. Meanwhile, the composer and the rest of the musicians also remind us that their “Jazzy” chops are still very much front and centre – as on Route 1, where the bass clarinetist actually uses dissonance a la Eric Dolphy who is, no doubt, chief among those who provided grist for Mr Woodard’s grinding.

The arrangement also mirrors [the song] Giant Steps by John Coltrane in its very fast changes [almost from bar to bar] that ‘Trane used in his iconic song. The album could easily be likened to a “solemn mass” of sorts, where prayers are offered for a world spinning out of [socio-political and economic] control. This is evoked by the ensemble as they play Kyrie and the words [of the Kyrie in the church hymnal] now include “…on the world” in the strophes which are now sung as: “Lord…have mercy on the world/Christ have mercy on the world”.

Once again Mr Woodard together with saxophonist Coleman Rose and the ensemble call to mind ‘Trane in the harmonic variations and the hypnotic polyphonic rhythm engendered by McCoy Tyner, Jimmy Garrison and Elvin Jones. In fact, with rumbling mallets, drummer Hugh Kline keep s the fiery homage to Elvin Jones going while Mr Woodard raises the ghost of Mr Dolphy in the eponymously titled, mesmerising finale to this glorious album by the Griffin Woodard Group.