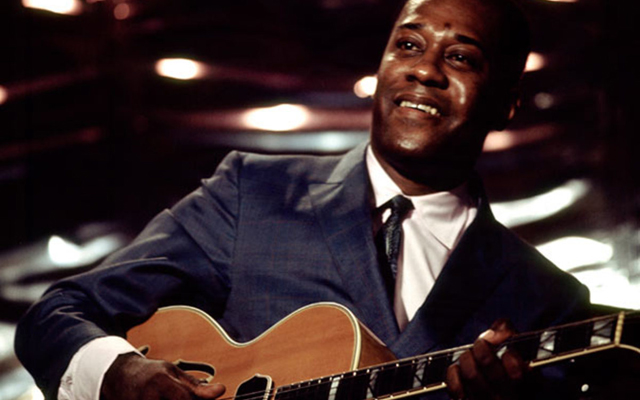 These two Grant Green recordings, Funk in France and Slick certainly qualify as the proverbial buried treasure. And if anyone could have dug them, brushed away the fairy dust and served them up it in the grand manner it would have to be Zev Feldman, newly unveiled as Executive Vice President of Resonance Records. Together with the label founder and visionary, George Klabin, and recording engineer Fran Gala, the producers have built one of the finest labels for authentic Jazz in this millennium. Resonance Records harks back to the halcyon days of Blue Note Records, with Alfred Lion, Francis Wolff and Rudy Van Gelder. However, while the later label began to release (or, more correctly, re-released its back catalogue), creating the “Rudy Van Gelder” special editions, Resonance has evolved into largely an archive of music-archeological digs and has lately uncovered much from the Office de Radiodiffusion-Télévision Française (ORTF), courtesy of
Christiane Lemire, the inimitable Pascal Rozat and others.

Jazz refusniks and insufferable “mouldy figs” might sneer at this music as not “jazzy” enough, meaning something “other than” bebop, of course. But true aficionados of The Music – and many a nice, ordinary music-lover too – will hear a legendary guitarist reinventing himself in a manner that made him front and centre and ever-relevant in a music world than was becoming facile; and interested in style and statement – musique du jour – rather than the evolving voice of a major Jazz artist. Indeed, Grant Green is a rarity in music. The guitarist’s music unfolded at a time when only five or six names of solo performers in action really came to mind, among them Charlie Christian, Wes Montgomery, George Benson, Joe Pass, Jim Hall, Barney Kessel…

An avowed acolyte of Charlie Parker Mr Green may well have cultivated his horn-like sound from worshipping Bird. And he also developed that a trademark “knife-like sound” which he balanced with lines that were lithe and elegant as well as warm and swinging. At heart, though, Mr Green was always a blues musician and the keening edge that he imparted to notes and phrases was legion. Plus there is also that tantalising asymmetry of his, lines, which set off in wrong-footing directions and unexpected turnarounds, but always landed right with their fascinating rhythm. 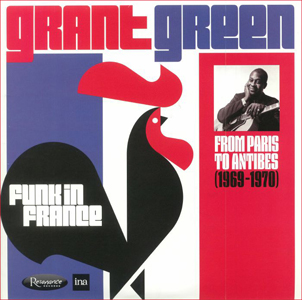 Grant Green: Funk in France – From Paris to Antibes (1969-1970) The music on these discs by Mr Green, made in 1969 in Paris and Antibes are a fountainhead of iconic his compositions as well as, with “Oleo” and Sonnymoon for Two”, the proverbial doffing of the hat to giants of Jazz especially to Sony Rollins, a titan of The Music. Throughout the performance (Paris and Antibes) Mr. Green displays the huge dynamic range of his instrument. He displays sublime control of the guitar, working the strings with an angularity that leans in from the blues, with animated vamping, into more funky territory. As always his playing is musically incisive – whether he is sculpting long lines or firing off chords in staccato fashion. And when the music demands it he shows a willingness to let rip in the more animated movements of songs such as “Untitled Blues”. As ever, Mr Green is peerless in slower music, where balladry takes precedence over dazzle and sizzle; and here too he is able to “funk things up” – not only on “Insensatez” but also on “I Wish You Love.

Mr Green and the rest of the musicians also parley like old friends and a tight circle is maintained throughout until that is, the guitarist hands off to one or the other to solo, releasing – or holding – the tension as the case may be. You can hear this is the cool breeze of Clarence Palmer’s organ soli on discs one and two, whereas Larry Ridley’s magnificent solo on “Sonnymoon for Two” explodes with the energy of a maelstrom.

As usual, booklet notes are superb and vivid because each essay brings back memories. It’s another reason why this disc is truly one to die for. 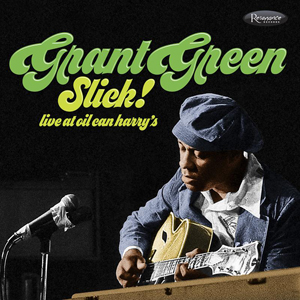 Grant Green: Slick! Live at Oil Can Harry’s Whether delivering Charlie Parker’s classic “Now is the Time”, the iconic Tom Jobim and Vinicuis de Moraes piece, “Insensatez” or an interminable medley of music in gloriously funky mode the musicality and power of Grant Green is remarkable. On this live recording made in Vancouver, British Columbia, Canada, Mr Green illuminates even the simplest phrase with his mellow, luminous guitar lines, swinging in tandem with pianist Emmanuel Riggins, Ronnie Ware’s poetic, melodious bass, drummer Greg Williams and percussion colourist Gerald Izzard. There are delicious digressions and diversions, but not a dead spot or blind alley to be found. Whether tiptoeing through the haunting Jobim song or making detailed, deep blue studies every now and then through the half-hour medley of songs, Mr Green’s interplay with his musicians is sublime.

Another aspect of Grant Green worth noting is that his showmanship appears to be as natural as his musicianship and he seems to reach his audiences’ sweet spots every time, as you will hear in their applause. And with his musicians he is, as ever, playing and swinging – or “funking” things up – with a shared warmth and wit. The long medley at the end of the disc gives it an air of seemingly never-ending and free-wheeling music made out of mutual inspiration for the mutual joy of musician and listener alike.

Track list – 1: Now’s the Time; 2: How Insensitive (Insensatez); 3: Medley: Vulcan Princess / Skin Tight / Woman’s Gotta Have It / Boogie On Reggae Woman / For the Love of Money