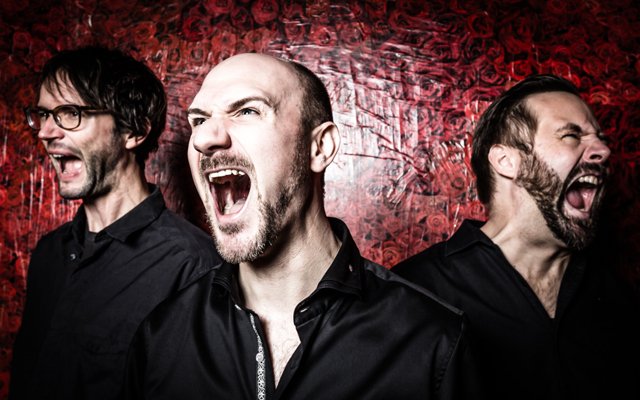 The term “brain drain” was coined during post-war times to describe human capital flight from Europe to North America. Somehow, I doubt that is what Peter Van Huffel meant when he wrote the song and created the repertoire for his eponymously titled album. Our world has become more dystopian even since 2001, when the World Trade Centre towers came down and the age of war began again. So intense is the atmosphere each day that we awake that the brain itself is forced to work overtime, scrambling – more than anything else – to offer calm to the body that it presides over. Musicians like Mr Van Huffel and Gorilla Mask have been forced to respond and to find new ways to offer listeners solace and – more importantly – hope. 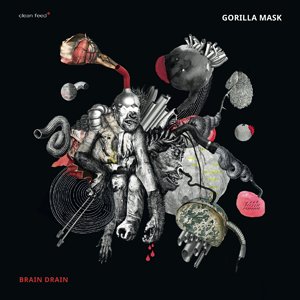 But first there is an uncomfortable truth that artists – like certain others with a heightened sense of social-political awareness – recognise and that is of the palpable agitation of the air around us. The titles of these works by Mr Van Huffel are an acute reflection of this. There is a certain violence not only in the word, but also in the brevity of the title. “Rampage”, “Caught in a Helicopter Blade” and “AVALANCHE!!!” (capitalised and with three exclamation marks) and “The Nihilist” are poignant examples. The latter means much in the context of the hopelessness that many of us would surely be acutely aware of.

And now the music… Many of us who are old enough to remember the music of avant-garde movement in Jazz during between 1958/9 and through much of the 1960’s will remember the preponderance of distortion and dissonance that crept into music. With the advent of more sophisticated synthesizers many more electronic devices have become to aid the expression of emotions in a much more vociferous manner. The anger and angst was deep and was also powerfully-expressed by such composers Harrison Birwistle, Helmut Friedrich Lachenmann, György Ligeti and others. But the use of these musical devices can also be tiresome – and indeed has become so from overuse.

Mr Van Huffel has been careful to use electronic effects sparingly. He uses odd time-signatures sparingly and his performance on the baritone saxophone – where he explores tone-colours through a judicious mix of melodic and guttural expression. also And he has also bent to his will the relative ranges and pitches of both the alto saxophone and the baritone horn to dramatically express atmosphere, mood and emotion. The expression of fear and chaos on “Rampage” is superbly vivid. And the monumental expression of exhaustion from “Brain Drain” is extraordinarily well done. But it isn’t just Mr Van Huffel who manages to navigate the themes and narratives with artistic integrity.

Bassist Roland Fidezius manages to temper the otherwise harsh nature of the sounds of the electric bass strings mixing the need for visceral expression with artfulness, as does drummer Rudi Fischerlehner who also expresses themes and narratives idiomatically rather than sounding the death-knell every time his hands or feet make contact with the skins and brass. It is this kind of craftsmanship from all the members of Peter Van Huffel’s Gorilla Mask that makes this music not only meaningful, but enormously enjoyable in its gravity, humour and ultimately its overall aesthetics as well.