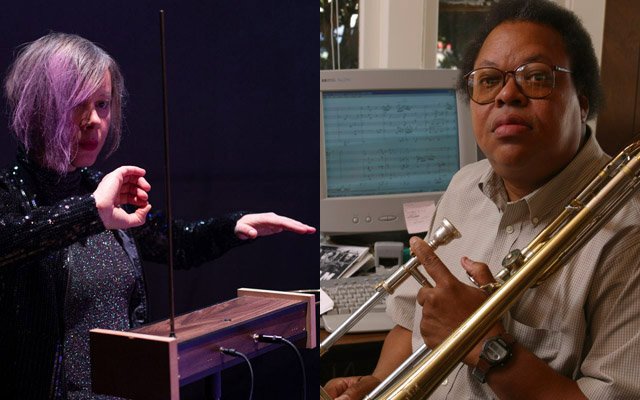 For a musician to succeed in his [or her] art he [or she] must be both litterateur and empath, with both forces oscillating furiously and perpetually and with atomic intensity; and when that takes place both knowing and feeling become the essence of lived experience, which is poured out into song. Both the composers featured on this recording exemplify this aspect, consequently testifying – at the same time – to the importance of their individual artistic paradigms. Listening carefully – and deeply – to this music will reveal the extent of each artistic ear and fabulous imagination as well. 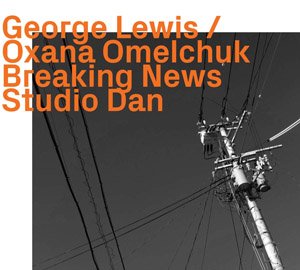 Both woks exist in the artistic realm, in and out of Time. George Lewis’ work “As We May Feel” is born of a collision between the tactile and the intellectual. It is a work that recognises the fact that music is – and can be – experiential and astonishingly sensational at the same time and when this occurs, deeper meaning results from black dots that rise from the paper on which they were written and dried into a rarefied realm, but not before they have an indelible impact on the human consciousness. In the slurring motion of the music, often punctuated by sharply stuttering aspirated sonic syllables we get a sense of how music travels from the mind to the ear and into the heart and spirit, to sing, to produce sensations and action that will finally determine the progress of life [from the short to the long term] of those of us who listen to the music and feel its presence inside of ourselves. Listening to the manner in which the instruments sculpt the long inventions of Mr Lewis, it is clear that this work has been deeply interiorised and that there’s not a single semiquaver that has not been carefully brought to life by the ensemble Breaking News • Studio Dan.

Like Mr Lewis, Oxana Omelchuk also advances the “theory” that we are affected by all of our body when listening to music. Her work “Wow And Flutter” reminds us of how much technology plays a part in the experiential reception of our sonic encounters. Those of us who paid attention to the technology of devices that delivered sound to us at a time when equipment manufacturers were struggling to present the glorious spectrum of sound produced in highly developed scenarios can now enjoy that experience of the “digital” in the spectacular world of analogue instrumentation as advanced by this superb chamber ensemble. It seems no coincidence that Miss Omelchuk has chosen to deliver her ideas and concepts, leading with two trombones soloing up and down the piece, which, in turn, wends its way through the music continuum traversing the blues, ragtime and even quoting from the world of Charles Mingus en route to re-imagining – tongue firmly in cheek – into the muffled world where analogue met digital, and where sonic wavering in a reproduced tone [or groups of tones] was caused by irregularities in turntable or tape drive speed during recording, duplication, or reproduction.

Those of us who get Miss Omelchuk’s humour will also get what it takes for music to emerge when human experience collides with the intellect that interprets the collision to render it all into the form of musical art to die for, from two modern composers who continue to challenge convention. Meanwhile like footprints in a ghostly palimpsest of human art as it makes its way through time.