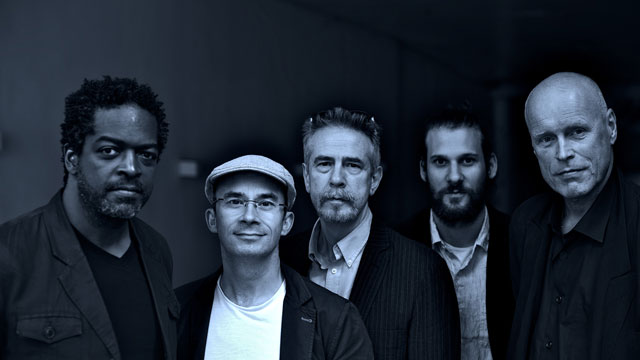 If the color palette on Gebhard Ullmann’s Basement Research revolves around the bold bronzes of brass and woodwinds the painterly pigments do not struggle for want of a piano. The majestic gyrations of bass and drums make the rhythmic rattle and hum a splendid pivot around which the brass and winds perform their vortex-like dance. Do we miss the piano therefore? Probably not so. But then all hell breaks loose melodically and the music of Hat and Shoes roars into the ears—part lyrical and part unsentimental. More importantly the virtuosity of the ensemble—including two saxophones a bass clarinet and a trombone, together with bass and drums—sings polyphonically; even symphonically at times and dazzles the listener with its absolute brilliance. Masterful and authoritarian in his leadership, Mr. Ullmann comes across as someone who is a great and almost Wagnerian musical spirit. He is at once incautious and brazen as he is a magnificent storyteller, weaving in his narratives with enigmatic sphinx-like complexity. Nevertheless he is a masterful composer and performer who inspires similarly complex exegesis from the rest of the band. So all can and will be forgiven for the absence of the piano in this impressive quintet. 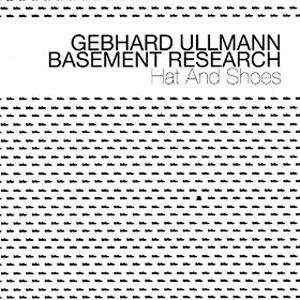 The music of Gebhard Ullmann is impressive and any sense that it is eccentric will soon be proven wrong after listening to his repertoire—from the recordings of the 80’s to what we have in our hands today. Hat and Shoes is a musical remark that might hark back to something Chaplinesque and to that extent it might be angular; almost too oblique. But the writing across the album h here is impressive. The difficulties of melody and rhythm are extraordinarily unfurled by both the three lead voices as well as the solemnness of bass and the rumbling of the drums. Lines are at times Monk-like and jagged, like shards of melodic material that is almost humorous as it is lyrical. The rapid shuffle of “Trinidad Walk” and the magical music of “Wo bitte geht’s zu den Hackeschen Höfen?” seem to play delightful tricks on the senses. The champion trouble-maker, Mr. Ullmann, makes provocative remarks throughout as the dancing language of the narrative tumbles down as he is directing a stage full of actors skipping through a mock-choral work. As if this were not startling enough the music progresses through “Flutist With Hat And Shoe” and the Dadaism of “Blue Trees And Related Objects” until the ultimate sardonicism of “Gulf of Berlin”.

Basement Research puts a knowingly sharp and modern gloss on dramatic musical situations that have no doubt been inspired by the wild yearnings of ancestors such as groups like the Art Ensemble of Chicago, especially of that group’s seminal recording, Urban Bushmen. Though the elemental wail of the blues is not in evidence with Basement Research, the rasping theatrics of Gebhard Ullmann, Steve Swell and Julian Argüelles, and the imposing gravitas of Pascal Niggenkemper and Gerald Cleaver bring their authentic feeling for Jazz into a musical arena that is sometimes starved for that.

Born on November 2, 1957 in Bad Godesberg, Germany saxophonist (tenor and soprano), bass clarinetist, bass flutist and composer Gebhard Ullmann studied medicine and music in Hamburg and moved to Berlin in 1983.Since then he has recorded more than 50 CDs as a leader or co-leader for prestigious labels such as Soul Note (Italy), Leo Records (UK), Between The Lines (Germany), CIMP (USA), NotTwo Records (Poland), Clean Feed (Portugal) Unit Records (Switzerland) and others. For many years Mr. Ullmann has been considered one of the leading personalities in both the Berlin and international music scenes and has received numerous awards for his work including the Julius Hemphill Composition Award in two categories (’99), the Deutsche Phonoakademie award (’83), one of the first SWF Jazz Awards (’87) and the nomination best-jazz-CD-of-the-year by the German Schallplattenkritik for his CD Tá Lam in 1995. Read more…