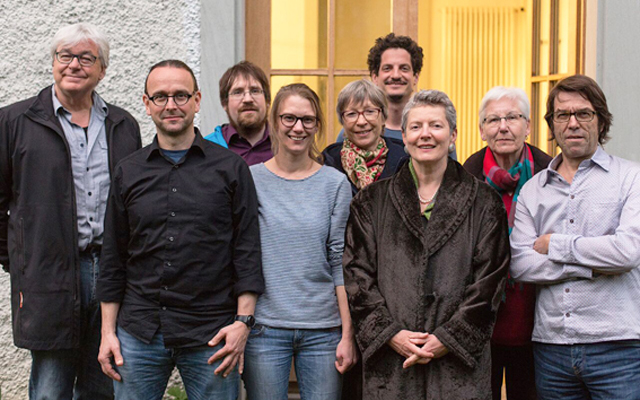 When it rains it pours in Switzerland, especially in the arts. Music is on top of a growing cultural calendar and Intakt Records is making its presence felt not only locally, but acorss the continent and Britain, as well as in the United States. 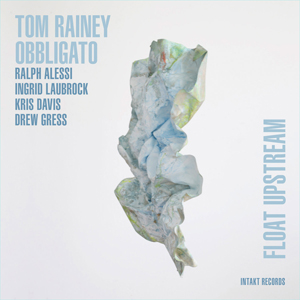 Tom Rainey Obbligato: Float Upstream The concept of “swimming against the current” – musically speaking, of course – suits Tom Rainey and the musicians of Obbligato perfectly. The drummer exercises uncommon ingenuity and enormous power to change the course of the music of these standards on this disc. The title comes from a reference to the Beatles song (“I’m Only Sleeping”) from Revolver. But Mr Rainey’s music is much more wry than that song title. The arrangements are oblique and propelled by the rolling muffled thunder of his whooshing rolls, counter-rhythms and cymbal crashes. But there is also a commitment and conviction to relentless swing. Rhythmic changes to the originals are de rigueur. They are witty as in the chatter of “What in this Thing Called Love”. Each song is heard as if in a reflection in a shattered mirror, nevertheless Mr Rainey’s dedication to the idiom of Jazz changes is fierce. Obbligato is superbly funded by the saxophone of Ingrid Laubrock, the trumpet of Ralph Alessi, the bass of Drew Gress and the piano of the brilliant young Kris Davis. Together the musicians of Obbligato explore these exquisite compositions, each worshipping at the altar of originality, while marching to the beat of Mr Rainey’s drums on this seductive recording; one to absolutely cherish.

Die Enttäuschung: Lavaman Anytime you hear Rudi Mahall or Axel Dörner you can be sure of hearing musicians who make music inside the music. This is what draws them to repertoire (almost all of which has been composed by the two) that is an oblique homage to The Great One of music: Thelonious Monk. While this music uses Mr. Monk’s unique harmonic conceptions and crinkled rhythmic sub-structure on which to build this music, and hints of Mr Monk waft in and out of it constantly, the music is wildly original. Naturally, the music features the magisterial clarinet and bass clarinet of Mr Mahall and the trumpet of Mr Dörner, and while all of the pieces develop from beguiling, elegant melodies the clarinetist and trumpeter seduce the rest of the band into taking a musical path that is cast in a landscape of arresting colours and textures – this coming together in a brilliantly wise and funny “Christian und Isolde” that is – if such a thing is possible – a Wagnerian miniature. These sonic creations stimulate mental pictures of mysterious narratives evoking the music of Mr Monk (of course), but also the work of other visionary musicians from the new school of free improvisation, yet they are always distinctively part of Mr Mahall’s and Mr Dörner’s own sound world. 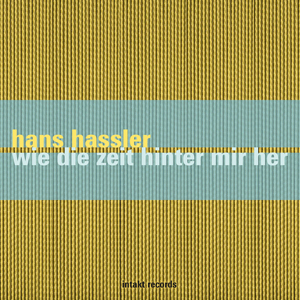 Hans Hassler: Wie Die Zeit Hinter Mir Her To suggest that this music by Hans Hassler is Bartókian in his ability to create a molten mix of folk, classical and modern imagery in his music for the old button accordion would be to sell him short. Mr Hassler does more – much more – than use the expanding bellows to create music with the accordion’s elemental wheeze. He invents new harmonics, uses multiphonics and other devices and gestures to expand the voice of the instrument into a whole (brass and woodwind) section – indeed at times one feels – playing a kind of ensemble movement in full symphonic regalia with virtuosity and lyricism. Moreover Mr Hassler breathes a magical life into the groan of the instrument incorporating human-like smearing sounds like those of a group of men singing in all their drunken glory. This aptly theatrical performance comes from an enormous palette of colours and is luminous throughout. And Mr Hassler’s playing is richly textured, with a myriad layers each new one more vivid than the last. 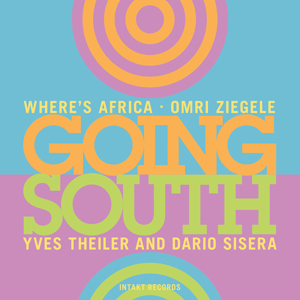 : Going South The band of Omri Ziegele – named Where’s Africa in a fit of unbridled humour – operates on a partnership of equals and plays music that combines African Hi-life with An unusual range of ear-worm riffs, dancing melodies, incessant rhythms and inventive harmonies (consider the makeup of the instrumentation together with the frequent introduction of the human voice), with the element of unusual textures that come from the Uzbek flute, reed organ, melodica and a myriad of percussion instruments. All of the music is set aflame by Mr Ziegele (naturally) and he displays an impressive output of compelling originality. His voice is mellow in stark contrast to the colours of the music. Not for him relentless honking riffs, although there is the occasional torrent of notes played with biting attack; his trademark, though, is his “round sound”, lithe and elegant as well as warm and swinging. Plus there’s his tantalising asymmetry of his lines, which set off in wrong-footing directions and unexpected turnarounds, but always land exactly right, with their own fascinating rhythm. “Afreaka” and “The Milkman Always Paid My Rent” is just two such works on this magical album. 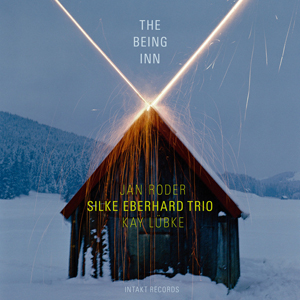 Silke Eberhard Trio: The Being Inn Silke Eberhard’s spectacular disc is one of the finest recordings of free improvisations to come out of… well anywhere in the world, really. On it she has created a ravishing sequence of thoroughly diverse and engaging trio works. This is especially striking in that Miss Eberhard’s leap off point is Eric Dolphy, a musician she is beholden to for inspiration, but one who she is far from in terms of texture and colour; Miss Eberhard being a watercolorist as compared to Mr Dolphy who employs every other artistic medium but the soft splashes of water colours. Miss Eberhard’s lines leap and swerve, encouraging Jan Roder to follow with his fizzing textures, while Kay Lübke bounces up and down with his forceful, arresting rhythms. Every cadence, pause, rhythm and metre change is brilliantly crafted from Miss Eberhard’s minute of frenzy on “Kanon” to Mr Roder’s tender, meandering appeal and Mr. Lübke’s luminous chattering tracery is exquisitely caught in this recording which is one to absolutely die for…