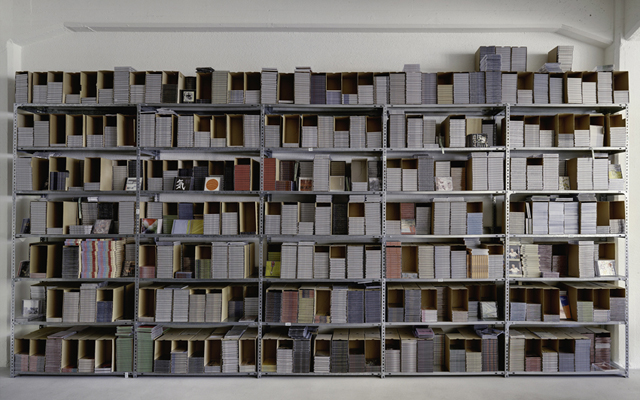 Not for nothing has Intakt Records of Switzerland become one of the world’s premier labels for contemporary music in every shade and style, including free improvisation and wildly original explorations of standard American fare. The following is only a few of the magical releases from the label that was voted one of the best in the world (in 2017) by discerning listeners and critics alike: 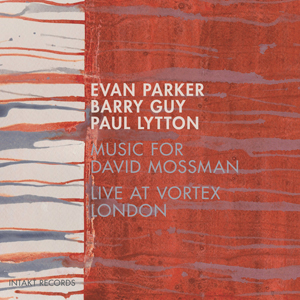 Evan Parker | Barry Guy | Paul Lytton: Music for David Mossman The raw and visceral music of this trio often sounds as if it has sprung into being from a point that stretches from before to beyond the modern world. It evokes elemental human or natural forces; sometimes rough-hewn but more often than not born of spare lyrical beauty and, on occasion, haunting delicacy. The often roaring and shrieking saxophone of Evan Parker together with the madly plucked or bowed contrabass of Barry Guy and the lyrical chatter and yammering of Paul Lytton’s drums – in the seemingly downward spiraling of today’s world – especially when at their harshest, brings a certain catharsis akin to the culmination of a Greek tragedy. In this series of free improvisations that pay homage to the founder of the Vortex Club where it was performed and recorded, with its almost culturally topographical rather than musicological builds from a sombre and spare lyricism powerfully muted for most of its length, and a gradual rising to a vast and sustained climax towards the end of the four movements. 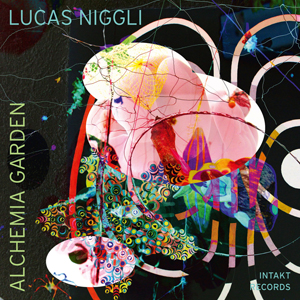 Lucas Niggli: Alchcemia Gardenia What a spectacular idea to turn the alchemy of the garden in its raw and landscaped state to the poetry of music. And yet how challenging to have to combine the botanical with the geographical and both of those with the aural – yet not simply aural – but rhythmical and much more. For the life and breath of a garden is not simply restricted to visual, but an enormous complex of light and shadow, a melody comprising wind and rain and darkness and light, and that too in the space-time continuum. But drummer and percussion colourist Lucas Niggli seems to have overcome the odds of presenting this on a sound palette comprising a battery of manmade (drums and percussion) instruments. Allowing the music to unfold as if the elemental garden is secretly speaking to him as he determines what instrument to play – from cymbal to drum and other assorted contraption – and how to play it Mr Niggli has created a soundtrack that sings and dances like flowers in harmony with blasts of light from the nuclear corona of the sun as well as from moonlight that dapples the botanical characters in a garden. The result is a gigantic Mendelsshonian scherzo seen through the soft focus of a drummer’s lens. 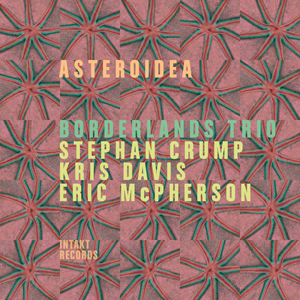 Borderlands Trio: Asteroidea There are groups that play in the moment and there are others – like this trio comprising bassist Stephan Crump, pianist Kris Davis and drummer Eric McPherson – who play in the moment, parlaying like old friends who complete each other’s phrases and musical sentences as if communicating telepathically rather than from including one suggested by a mere idea. There is an idea in this music – Asteroidea – a musical universe where the black dots that would normally appear on staved lines leap off the paper and dance like – in this case – a proverbial double-helix-plus-one. What sets each musician apart is but the subtle (and distinct) differences in texture. And yet the often tintinnabulation of the cymbals somehow is transferred to the keyboard of Miss Davis’ piano and subsequently, homonym-like the vibration of the piano strings is transposed – in a wholly different nature, of course – to the pizzicato action of Mr Crump’s contrabass. Musically it is as if the continuum from burning dark matter – a shared vision of Varesé’s vision of otherworldly sound masses that disperse, re-configure and climax in subtle feral glissandi that surreptitiously penetrate the sound barrier only the sequences are not produced in electronic media, but generated in a pure acoustic environment. 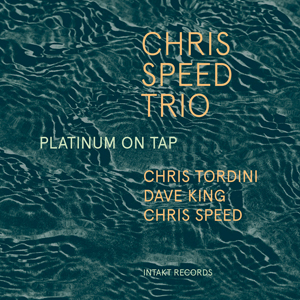 Chris Speed Trio: Platinum on Tap Chris Speed’s music for this 2017 Intakt release returns him to an environment that comprises the scripted and the improvised, but in a more familiar territorial idiom of Jazz and even if it swings employing irregular metres, it swings nevertheless. Platinum on Tap represents the purity of the rare metal that is Jazz in a molten state – both figuratively (as in the title) as well as literally (as in the music) that is performed here. The musicians, led by Mr Speed make their presences felt in music that is quietly serene which later turns lively. The slow, lilting opening bars of the music in which the tenor saxophone starts off seemingly alone then quickly becomes a part of the orchestral fabric. Liner notes suggest the ghost of Lester Young, to which a modal energy might be added. Clearly Mr Speed and the other musicians are enjoying a new, inspired (and inspiring) return to the landscape of Jazz. Through the spiky syncopated rhythms and the abundance of ostinato make it unmistakably Jazz. But it is also unmistakably Mr Speed in its airiness and feeling of space, and seems to also point the way towards the lyrical minimalism of John Adams.

Irène Schweizer | Joey Baron: Live Irène Schweizer loves drummers and has shown this unbridled affection for a whole brood of them from Louis Moholo and Pierre Favre to Han Bennink to Andrew Cyrille and on this live performance with Joey Baron, who is, in turn, quite a favourite of Bill Frisell’s. The partnership is magical as is everything that turns out when Miss Schweizer puts fingers to keys. It seems that the quintessential ping and swish of drumheads on the brass of cymbals and the rattle and hum of those same sticks, mallets and brushes triggers a kind of wild alchemy between pianist and drummer. Pianistic colours swirl and blend in with percussion colours; new textures thicken and turn brittle, then melt again in the rumble of Mr Baron’s tom-toms and in the dazzling arpeggios and vaunted runs, in the spiky phrases and parabolic lines of Miss Schweizer’s piano. However the result is not two distinct instruments, but like the proverbial philharmonic orchestra playing in unison, a wall of sound by some kind of sonic beast that is unleashed by the bristling genius of these two musicians.