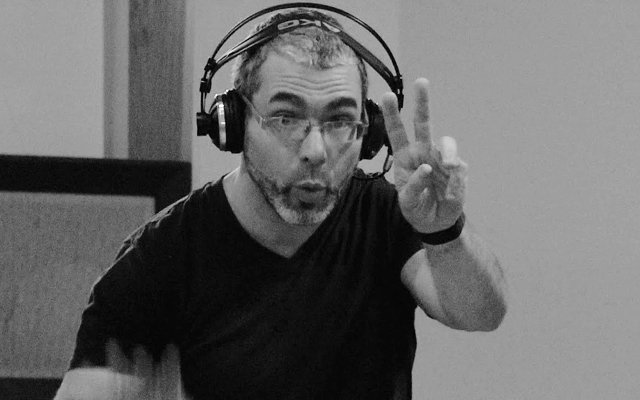 When you are so perfectly attuned to your ancestry and your culture as Felipe Salles is then you are halfway to producing the most perfect interpretation of the song your grandmother – not your mother, but your grandmother – taught you. Then, if you’re Mr Salles, you will extrapolate on the idea and inhabit its core; and surface again with what becomes The Lullaby Project, a monumental, large ensemble retelling of the story that you grew by; the story that you would want to craft for another generation to listen to, go to bed to and wake up to, transformed as if by the magic of its music. 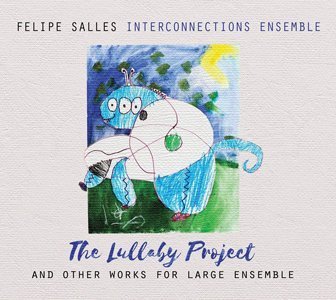 Who knew that Felipe Salles was a griot? But then who says he could not be one? Growing up Brasilian and cognizant of your Afro-Brasilian cultural background there is never a time when the stories that you heard from the griots in your past will surface. Crafting that into one for the ages yourself is, however, quite another matter. But Mr Salles has created a number of significant works of music in the past. His musical antennae have been tuned to the borderless surroundings of his mind’s mind. So in a sense he has been honing his musicianship – and composing skills – for a project of this immensity all his working life. Then comes the result of a deep-dive into the very heart of “the lullaby”. Commonly a “cradle-song”, the lullaby is perfectly calming, but can also be quintessentially dark and Mr Salles’ suite is a glorious amalgam of both – a modern-day, wordless “Dorme neném” (“Sleep Little Baby”) that although not sung here, conjures all that is (sung) about “Cuca”, a folk character very feared by children in his Brasil, but (heard here) in a modern context.

The five movements of The “Lullaby” Project is a sound world unto itself and one not far from sounding as if it were infused Mahler-like. By that one associates this music as being crammed with a teeming life on earth – from funeral marches to vast images of nature, from ironically quoted popular tunes and dances to great apostrophes to love. Far from being a purely abstract work composed and played entirely in the “tradition” Mr Salles has crafted strong extra-musical elements, incorporating poems – even perhaps religious texts, certainly stories possessing an ambitious philosophical “programme” into the suite. Inevitably this has resulted in a kind of small “body of work” (Lullabies 1 – 5) that has come to a kind of miracle of music performed by this large and illustrious ensemble with Mr Salles conducting. One marvels at how he shapes phrases with attention paid to every nuance of the score. Sleep, as it were comes as the child is enveloped by darkness, traverses a subterranean world but, in the highly evocative “Lullaby #5”, awakes into a “primeval light”, almost as if being granted a kind of immortality as, in a grand sweep of music the players’ performance is magnificent and overwhelming.

Finally, the three “tango-inspired” works that follow the core composition belong conceptually and emotionally – if not psychologically and philosophically – to this project. Here Mr Salles “visits” the Argentina of his mind and experience and what comes across – especially in “Carla’s Tango” – is a feeling of spontaneity and sheer joy in the music. Of course, Mr Salles has also deeply subsumed the form of the tango and in addition to breathing empathetically into its unique rhythm and sensuality he renders his pieces with a dark and gleaming radiance that sets them apart from much of what is being written in this form. One is also treated to the (in this instance, rare) additional pleasure of listening to him soar in a soprano saxophone solo on “Carla’s Tango”. In every instance – “Lullaby” and “Tango” the response from members of this ensemble to Mr Salles’ direction is electrifying in its level of commitment and this is a tremendously exciting performance.