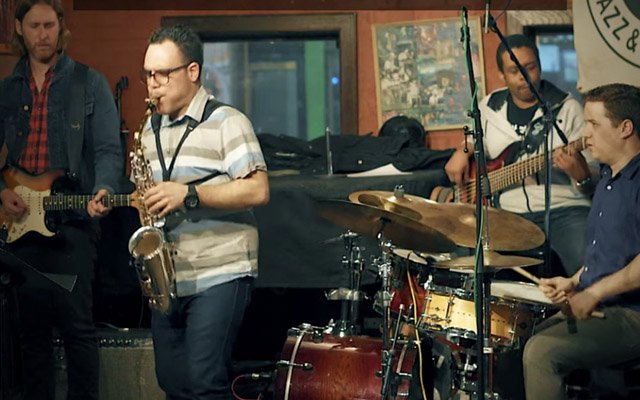 Even if Ernesto Cervini never made another recording, his cresting reputation could easily rest on this one – Tetrahedron – featuring guitarist Nir Felder. This is a fine example of artistry – both individual and collective, with the craftsmanship seemingly extending to other aspects of production too. While artistic Canada has, time and again, shown itself to be a critical cog in the spinning wheel of intercontinental music, something quite unique is afoot all over the country lately.

No one city can lay claim to proprietary leadership, Mr Cervini exemplifies the best things “artist” that the city of Toronto has to offer and this is often packaged in other aspects of the music business as well. 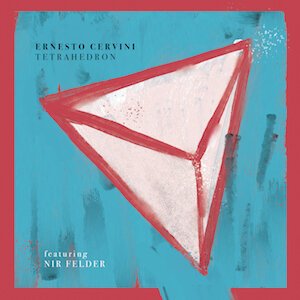 What seems unique about Mr Cervini is not only how easily he seems to be able to play with almost any musician, but also how empathetically things seem to turn out.

Tetrahedron comprises musicians who have tenured with each other for at least six years, but they parlay like much older friends who even go so far as to inhabit each other’s intellects. This is clear from how they play right out of the gate on this dark and wonderful recording. This comes from the elegant growl of sound of Rich Brown’s bass, the rattle and hum and the sizzle and bop of Mr Cervini’s drums and cymbals; from every piercing lick of Nir Felder’s guitar and the elemental wailing song of Luiz Deniz’s alto saxophone.

Arrangements are superb and (with covered songs) turn the familiar into the sound of wondrous surprise. The music of Sigmund Romberg and Oscar Hammerstein II’s dewy “Softly, as in a Morning Sunrise” comes awake (so to speak) in the elementally viscous rumble of Mr Brown’s bass which is joined in by one instrument after another as the musicians tell the story of the lyric with a beautiful and an infinitely darker passion than (this music) has ever been (played and) sung before.

Vince Mendoza’s “Angelicus” take on Panis angelicus (Bread of Angels or Angelic Bread) is the penultimate strophe of the hymn “Sacris solemniis” written by Saint Thomas Aquinas for the feast of Corpus Christi. Mr Cervini’s version has been arranged with a perfect balance between the sacred and the secular and is performed with a reverence that is appropriately affecting.

Mr Cervini has a penchant for turning his favourite characters from literature and sport (or sometimes from just plain daily life) into melodic studies and because he is also a rhythmist he invariably finds interesting ways to bring them to life with pulsating theatricality. “Boo Radley”, “Stro” and “The Sneaky Two” are three such songs – the latter addressed with generous humour as well. The bassist’s “Forward Motion” is a breathtakingly musical sprint event. And Bunky Green’s “Summit Song” is a nod to its composer, an admired and influential musician and saxophonist.

The considerable degree of balance and integration of melody, harmony and rhythm, of composition and improvisation, of exploration, individuality and tradition is impressively maintained throughout this exquisite album.