Home Music Eraldo Bernocchi: Like a Fire that Consumes All Before It 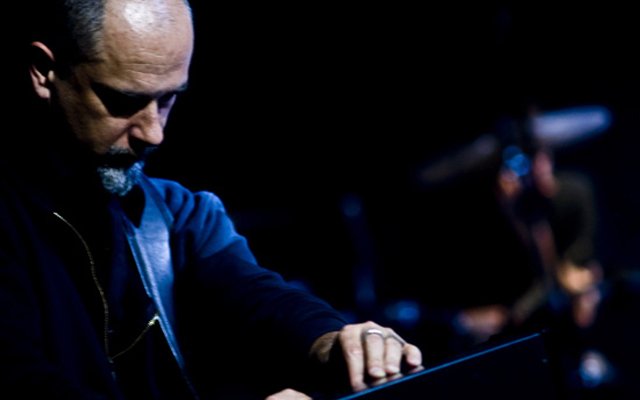 This album by the consummate musician Eraldo Bernocchi forms the soundtrack to the film Cy Dear, a mind-altering production by Michele Bongiorno, written and directed by Andrea Bettinetti, based on the life and work of the inimitable Cy Twombly, a painter whose monumental work hangs alongside the work of his illustrious contemporaries Jasper Johns and Robert Rauschenberg. The experience of standing across from one of Mr Twombly’s works is like encountering a force of nature. Not unpredictably so is this music by Mr Bernocchi which channels the lyricism of the painter’s work and the world that it creates where colour collides with the curve and streak of line and where both begin to come alive often muttering a phrase or line from a poet that Mr Twombly was besotted by throughout his life. 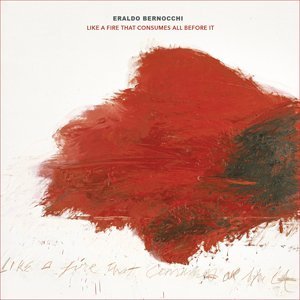 Mr Twombly’s paintings often juxtaposed elements of poetry with the visual sweep of colour. One is familiar with that. However, listening to a soundtrack that accompanies a visual exposition of his life and work without the benefit of the work itself (except one image that makes up the cover of this CD sampler) would have been challenging even for an active imagination were it not for the ingenious manner in which Mr Bernocchi uses what are essentially the black dots of music infused with tone colours, and conjures arcs and parabolas of brushed lines with pizzicato strokes of plectrum on strings to summon the form of Mr Twombly’s canvases before our eyes. This magic intensifies exponentially with Mr Bernocchi’s use of treated guitars and electronics; and once again the worlds of John Cage collide with Ennio Morricone to evoke an apparition of the visionary world of Cy Twombly through a jetstream of music.

But if you imagined that was going to be all, perish the thought. As this music unravels so, it seems, not only does the life of the painter but also the personality of the musician himself. And Mr Bernocchi emerges as both interlocutor “walking” an audience through the Mr Twombly pictures at an exhibition, but doing so baring his emotional reactions to each painting as it is revealed in the film that we don’t see but feel as Mr Bernocchi’s black dots of music lift and fly off the staved paper on which they were written. Thus, a piece called “White” contains a ghostly image not only of Mr Twombly’s gigantic canvas, but one also a guitarist bending into it as he squeezes his poetic reaction to it. Similarly another track – “Swirling Colours” – for instance finds a musician dancing to the rhythm and line of what is likely all or part of a Cy Twombly painting itself.

And it is the experience of things like this that makes this an album to die for.

Track List – Meet Me Where You Know; To Make Things Float; From A Distance; White; The Silver Laugh; A Child And A Pencil; The Gold House; Like I Wasn’t There; A Letter And A Place; The Never Ending Pier; 1-10 Of Happiness; Swirling Colours; We Had A Good Time; A Crack In Time; The Space Between; Out In The Blue; Like I Wasn’t There (Reprise); Near By Distance