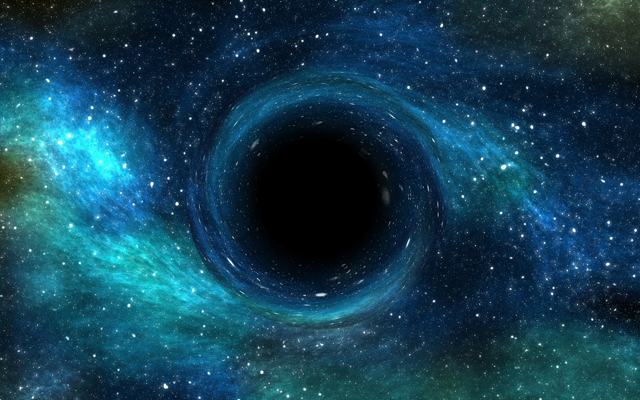 A black hole is a region of spacetime exhibiting such strong gravitational effects that nothing—not even particles and electromagnetic radiation such as light—can escape from inside it. Stephen Hawking observed a phenomenon that now bears his name – Hawking radiation – that a faint energy emission is created right at the edge of a black hole’s event horizon, or the point beyond which even light cannot escape. This led to the theory that purports that these objects are not entirely dark. In other words Black Holes are not black holes. However, just as the colour “Black” best describes the colour “White” and vice versa, the name suits the phenomenon. Curiously and remarkably this phenomenon also describes this music by Elliott Sharp, Mary Halvorson and Marc Ribot on Err Guitar.

The play on the words “Black Hole” us almost an exact fit for the title of this album: namely, Err Guitar in which the brilliantly Quixotic “wrongness” of the aural palette, almost as if the music was represented by a series of invisible ~ symbols (to describe “non-notes”) together with a series of ! symbols to describe values of non-negation, both of which nestle cheek-by-jowl and describe things like “transitory feelings” “dissonance” and “consonance” instead of regular musical “notes” with fixed values. 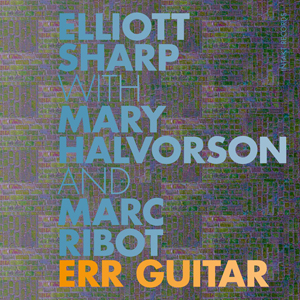 Of course, the music was surely played (and recorded) without any such thing, which leaves us to marvel at the seemingly indescribable nature of this music by Elliott Sharp, Mary Halvorson and Marc Ribot unless it is perceived as being the pure energy at the edge of a black hole’s enormous and limitless event horizon.

Consider therefore listening to “Blindspot” with eyes wide shut as opposed to open and looking behind your shoulder. Listen to the dangling, drawling conversations-as-counterpoint played by the guitarists on “The Ship I Am On” while allowing the sound and effect of its pitch and yaw to dazzle the fluid in your inner-ear and create a series of ebbs and flows in your mind’s ear and jump – if you like – to “Sea Buzz” for added sound effects with or without the memory of “The Ship I Am On”. “Wobbly” is a distinct reminder to hold onto something with one hand with a glass of something “tall and deadly” in the other. Meanwhile “Sinistre”, “Sequola”s two parts, “Oromyn” and “Nektone” could easily become a soundtrack for your own brain waves and synapses as you click your fingers at random, stamp your feet arrythmically and dance madly at Marc Ribot’s event described as “I’m Gonna Party like it’s 1988”.

Mercifully, production notes do not ascribe individual parts to individual guitarists. That would surely diminish the enjoyment of the music for aficionados who are apt to read liner notes before or while listening to the music. The music of Err Guitar is best enjoyed holistically, which means that if you can – again with eyes wide shut – allow the music to impact your senses in a kind of gelatinous state of pure energy then it will, like “Shedding Light” become the elusive entity that it is, crowning the visceral excitement of experience the delicate magic of Mary Halvorson’s wonderfully natural ebullience, the limpid vocalise with the insouciant runs of Marc Ribot’s liquidness and dizzying, airborne grace of Elliott Sharp as a contiguous whole in the exhilaration of this black hole of music.