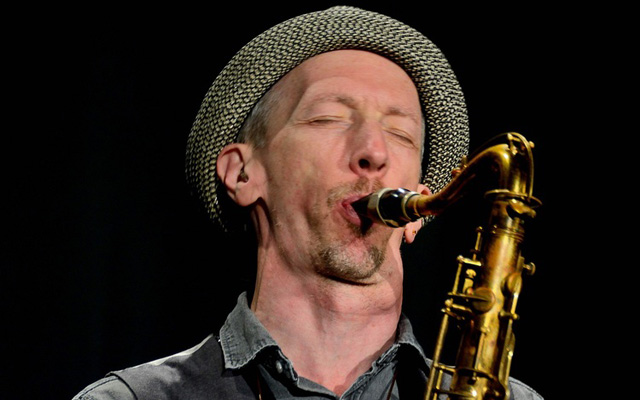 Few musicians have as much surprising material up their sleeves as Ellery Eskelin, who can usually be counted upon to devise intriguing soundscapes no matter what repertoire he’s tackling. On this 2015 performance with two other wonderful musicians – Gary Versace and Gerry Hemingway – we become party to two kinds of pieces: a freely improvised work, ‘On (or about)’ a nearly half hour musical sorjourn where the vibrations of each note is endlessly fascinating; and a set of standards for the rest of the set, which is so startlingly transformational that each invention by the saxophonist, organist and drummer make an astonishing array of brand new, yet iconic statements that create a riveting aura around the songs, a genuine time warp – all in astonishingly intimate and dynamic demonstrations of musicianly genius. 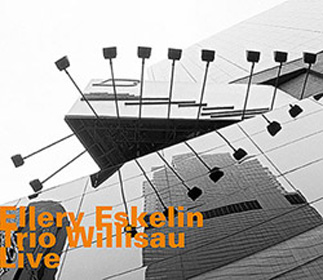 Gary Versace gives the collection sonorous and probing performances on the Hammond B3 organ, and takes you by surprise at almost every turn. A hypersensitive performer, Versace revels in the outpouring of sound that challenges the norm of keyboard skills ‘singing’ with haunting beauty. Gerry Hemingway who is the epitomé of a percussion colourist grows increasingly elaborate and vivid as pieces progress, although there are plenty of sparse moments where his whispers are punctuated by jabbing percussion rejoinders. Both musicians deep-rooted commitment to musical invention goes hand-in-glove with the exemplary, expressive concision of Ellery Eskelin who is superb craftsmanship and keen sense of living, breathing music is conveyed with visceral excitement.

Eskelin’s inventiveness is in prime time throughout the programme which is grouped in three substantive parts. His playing on the opener, an elongated piece jointly created by all three musicians tweaks the ears with invigorating and often feisty brilliance. This melts away into three standards, and then a Thelonious Monk tune, followed by a (final) standard. The original tunes occasionally rear their poignant and jubilant heads, with subtle changes of harmonic and thematic urging to let us know that new and wonderfully angular perceptions are in motion. At times the music goes to weird and delightful extremes rendering a beloved standard virtually unrecognisable until it magically emerges from a thicket of hazy sonorities.

This is a disc that delights like a smorgasbord of creative musings reverent and otherwise, as well as a lexicon of musical possibilities. With head and heart at their musical command, Ellery Eskelin, Gary Versace and Gerry Hemingway bring a spectrum of expressive and sonic shadings to performance which can only be described as an artistic tour de force.

Track List: On (or about) – My Melancholy Baby, Blue and Sentimental, East of the Sun; We See; I Don’t Stand a Ghost of a Chance With You.