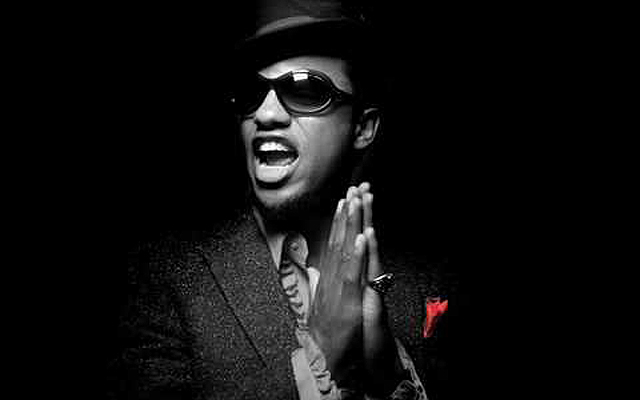 It is not the fact that someone is still paying homage to the great George Gershwin that is significant. Plenty of important writers and musicians have, including the great Herbie Hancock too. What is significant is that a singer such as Elijah Rock is. Moreover that he has called his record Gershwin For My Soul is unusual, for you would not associate a singer more apt to perform Gospel music to pay such as rich tribute to Mr. Gershwin right in the composer’s home-park i.e., Broadway-style, and as close even to something operatic. But then Mr. Rock is exactly that kind of vocalist: a velvet tenor-to-baritone voice almost ideally suited to a Wagnerian role as he is to the role of Porgy or anything (Gershwin or otherwise) on Broadway. And that is in addition to singing hymns in church or perhaps even dirty, low-down blues in a club that smells like the legendary Slugs once did. Mr. Rock is that prodigiously gifted – and chameleonic – and if you dial in for a magnificent, soulful performance of Gershwin then you have the correct number. 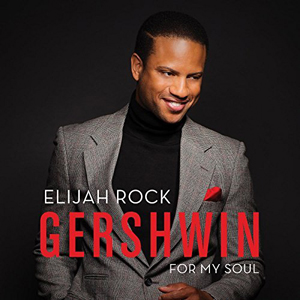 Mr. Gershwin’s music would sound more deliciously like dark chocolate only if they were sung by Anton van Rooy (1870-1932), Dietrich Fischer-Dieskau (b. 1925-2012), Paul Robeson (1898-1976) and of course, Gerald Finley (1960-) – Wagnerians to a man. And the only reasons one would suggest that Mr. Rock has catching up to do with those men is because he is younger and less experienced. Does he have the potential to do so? Most certainly, and if this Gershwin music is any indication then he certainly has not only the gift of a voice, but is close to a mastery of stage-music (if you like) than perhaps anyone as young as he is. Mr. Rock’s Gershwin is flamboyant and stylish and offers many remarkable feats of vocalastics that have everything to do with singing and bringing a lyrical narrative to life and one is drawn into his marvellously-vivid Porgy in “I Got Plenty O’Nuttin’” as a result. His take on “S’Wonderful” and “Fascinating Rhythm” and “Love Walked Right In” are truly glamourous.

Perhaps the crowning jewel comes in the form of the seemingly lesser-known Gershwin gem “Tchaikovsky (And Other Russians”. This is a song that is performed with terrific bravura and agility. Mr. Rock’s voice is voluptuous in its upper reaches and growlingly reedy in the baritone stretches. Not only is his diction superb here, but so is his projection of the work, its narrative and tone couched in all that admiration and sardonicism, which ultimately results in Mr. Rock’s delivery of an absolutely poignant, throbbing melody. The superb team of Mr. Rock and Kevin Toney – whose grand arrangements play a big part in the success of this recording – certainly give notice of being one of the most winningest musical partnerships in this business. It and the soulful and, at the same time, the surprisingly operatic performance of Mr. Rock and the work of the other musicians also make this an album to absolutely die for…