Home Music ELEW: And To The Republic 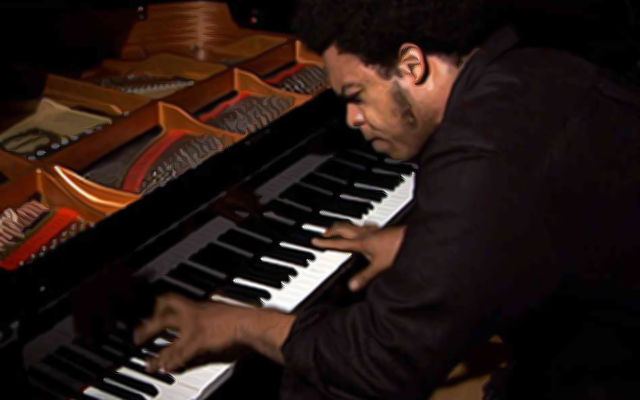 Now this is something very special, and it marks an exciting debut for Eric Lewis (ELEW) on Sunnyside Records after two independent releases. The label has struck musical gold with this particular signing but it is the inspired coming together of Lewis, bassist Reginald Veal and the mighty Jeff “Tain” Watts that makes this a thrilling start to what could only be one of the most fascinating journeys for the music of Jazz. Perhaps this disc, And To The Republic might also mark a turning point in the career of a pianist whose genius seems to have been mysteriously ignored despite brilliant work with Wynton Marsalis, Elvin Jones, and even Lil Wayne, as well as first prize in the Thelonious Monk Jazz Piano Competition in 1999. 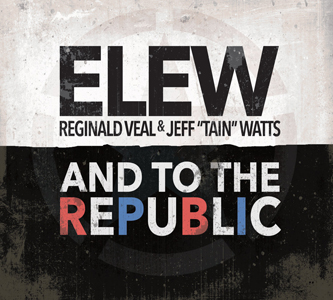 ELEW has waited a long time for this music to be put down on record although Jazz has always coursed through his veins. On And To The Republic he offers a very personal but never idiosyncratic view of the music of Jazz and it augurs very well for a future of fascinating melodies, together with harmonic and rhythmic invention. In fact, of this September 2016 release it may even be said that there isn’t another Jazz record that features such flexing of musical muscles by a trio; certainly not one that spotlights the peerless pianism of ELEW. This is hyperactive Jazz at its finest. But there’s so much more to this partnership than just exceptional playing(though there’s that in abundance); there’s a palpable sense of discovery, of living the music (take a listen to the tribute to Ornette Coleman, called – what else – ‘Ornette’). Listen to how ELEW, Veal and Watts are finishing one another’s musical sentences like family, but with an ebullience and mutual fascination that is anything but world-weary (and for that latter aspect the blues, ‘Lil Luba’ is a wonderful example).

The trio dimensions of the ensemble mean that these songs are essentially less ‘public’ readings of those by a larger ensemble. But that’s not to suggest that the playing in any way lacks impact. The smaller forces mean that piano, bass and drums are naturally more prominent and listeners will find themselves hearing details – a bass phrase here and drum figure there – that they would never have consciously registered otherwise. This is a sign that an enormous amount of thinking and ideation has gone through in the making of this music. What’s also very striking is that these performances are not simply about élan and energy: they have a sense of gravitas, too, of rightness that you find in the greatest of Jazz musicians. Further, as can be heard in ‘Quirkwork’ and ‘My Favorite Things’, this isn’t something that is achieved by big, ballsy playing but rather by a sense of balance, of musicality, of understanding not only the notes themselves but the wider context – where these pieces stand within standard repertoire and a broader historical perspective of Jazz itself.

The pleasure is completed by the wonderfully warm and natural ambience of the recording, beautifully caught by the engineer(s). Needless to say, I, for one, can’t wait for another chapter in the Jazz music of ELEW and I certainly hope he is not done making music with this trio.