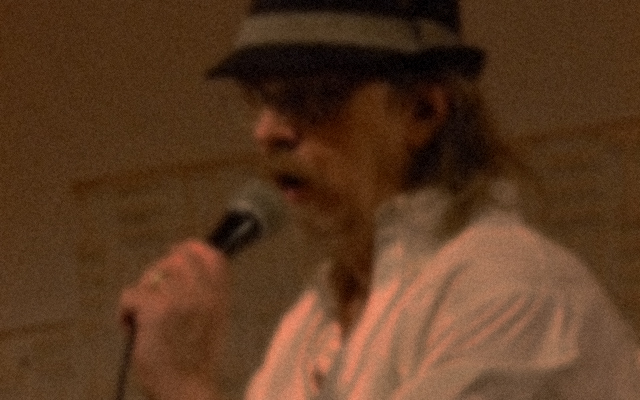 The Bluer than Velvet in the title of this disc could just as easily apply to E.J. Decker and the naturally svelte baritone that he brings to this long-overdue homage to the legendary vocalist Arthur Prysock. Mr. Decker’s sassy articulation (as in “Why Can’t You Behave”) brings monumental swagger to music that Mr. Prysock turned into the stuff of myth and it is in this repertoire that Mr. Decker establishes his own singular mastery with buttery gravitas and sheer elegance, conjuring all things exquisite about the Prysock insouciance in a volcanic mix that is moistened and heated up with Mr. Decker’s voice and the deep diving horns of Claire Daly and Elizabeth Frascoia that whisper their seduction alone and together through the repertoire. 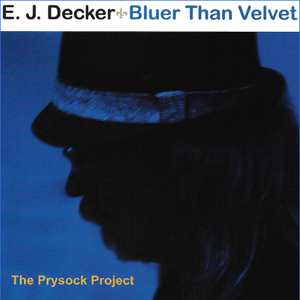 This melding together of voice and baritone saxophone, with the trombone often mimicking human voice-like growls and smears is a master-stroke in the production of this music and both Miss Daly and Miss Frascoia (the interminable, swooning notes of her solo on “I Don’t Stand a Ghost of a Chance” are unforgettable) pull off their roles in the music with beckoning aplomb. But also in the mix is Chris Bergson’s guitar that wails with elemental blues in “It’s Too Late Baby Too Late” as he boogies down and dirty with Les Kurtz’s honky-tonk pianism. Bassist Saadi Zain holds things together with his magnificent tonal colours and his rolling thunder glued together with more thunder and lightning from Tom Melito’s drums making this a truly great ensemble that knows when to shine in the spotlight and when to recede into the shadows and let Mr. Decker enjoy his splendid moment in the glinting lights.

But make no mistake this this hour and a quarter is E.J. Decker’s in all its crepuscular glory. The manner in which he makes the narrative of “When You Walked in the Room” unfold is one of the most masterful executions of vocalastics you will ever hear on this record. And be warned, you will need many a moment to let the hair, raised on the nape of your neck, to settle down again. It is not therefore hyperbole to suggest that there could hardly be a finer exhibition of vocal genius since Billy Eckstine – or indeed – Mr. Prysock, for that matter – made love to the lyrics of a song. And this is undeniably what Mr. Decker does to the music, as he does together with bassist Saadi Zain on “When I Fall in Love”, the latter putting the finishing touches on the seduction with a short, masterful phrase con arco to sign on and sign off on the song.

And finally it’s refreshing to find an iconic ballad delivered with a tad more effervescence than was written into it by Alan Jay Lerner and Frederick Lowe. Some of that zip is poured into the beautiful arrogance of “I Could Write a Book” as well. Throughout it all though Mr. Decker never loses sight of his original intention, which was to glorify Arthur Prysock. And while it bears mention (again) that someone did, it’s unlikely than anyone will do so with such mastery of vocal music as E.J. Decker does as he puts the icing on the proverbial cake with “I Don’t Stand a Ghost of a Chance” – and then again with “September in the Rain”.