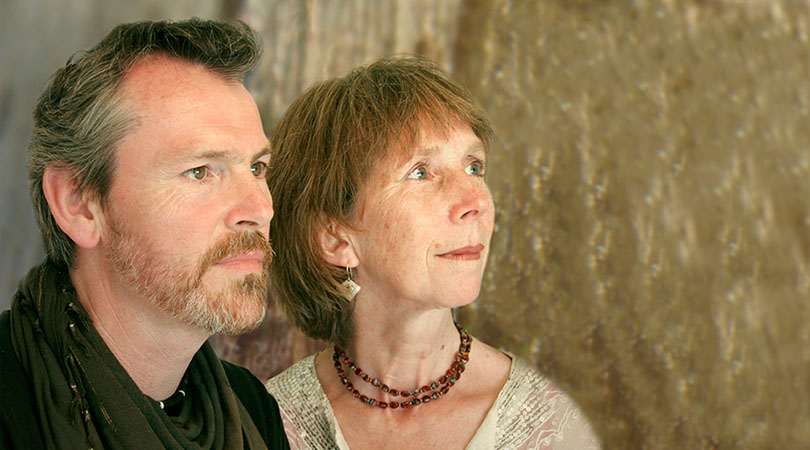 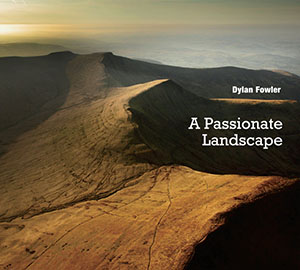 First there was the voice, the first instrument. Then there were the instruments—drums of every kind, lutes, horns, clavinets, harpsichords, pianos, and so on down the ages—that musicians played. And finally there were musicians who made singular voices of the instruments they played. Dylan Fowler is one of those musicians. His voice, not loud at all, resounds not only in the Welsh landscape, but in music’s topography around the world. This does not mean he is a world music exponent, whatever that means today. He is uniquely Welsh, but his music encompasses the world in which he lives inside and outside of Stiwdio Felin Fach, Abergavenny in South Wales. There is a feeling of belonging to Wales and to every little part of the world that he visits in his music and with the musicians with whom he plays. But most of all there is blood and guts and tenderness and love in his music—creations as animate as birds on a ceiling of alabaster, as majestic as poetry that rises from the heart and whisperings from the depths of the soul. There is not a bad note in anything that he plays; on the contrary every single note is to die for, because Mr. Fowler does this when he plays: he risks his life for every note.

Like that other famous Welsh Dylan, the poet Dylan Thomas, of course, Mr. Fowler is lyrical. His music on A Passionate Landscape sings, even if he does not. The long and muscular fingers of each hand do not brutalize and threaten, but caress the strings of his guitars, his piano and even the instrument whose skin he slaps now and then: the tabwrdd (ancient North Wales drum which goes back approximately 700 years). He feels the frets of the guitars and the keys as he would caress the lines of a woman’s body. He worships music with the authority and tenderness of a composer and not simply a player. His originality is matched only by his impulse to adorn. Thus the notes he plays do not simply emerge from the bodies of the instruments he plays, but leap like excited gazelles that have caught a whiff of the coming of rain. His lines are fluid always featuring a retinue of notes that cut through the air in gentle arcs, but like lightening that once it has struck leaves behind an energy that continues to charge the atmosphere with a primeval and enduring force. Thus his music is almost tactile and yet so spectral that it appeals to heart and soul and spirit, never alone to the ear and the tongue.

When listening to Dylan Fowler, it is hardly surprising to find that he can make musicians from anywhere in the world identify with him and his music. Such is the case on the uniquely Welsh song, “Y Nawfed Don (The Ninth Wave)” on which North African musicians such as Moufadhel Adhoum and Azzedine Jazzouli play oud and def respectively. And he, Mr. Fowler, that is, makes them Welsh and becomes Middle Eastern at the same time. Similarly Mr. Fowler harks to a Finnish landscape on “Tear” as he employs the kantele player Timo Väänänen and the percussionist Tuomas Timonen to do his bidding, for Dylan Fowler is like a sorcerer and a magus; a medieval magician whose charms and potions come to mesmerise the listener in the form of music. In this regard, Mr. Fowler is like a proverbial Welsh shape-shifter and the music on A Passionate Landscape is unforgettable as a magic spell that never completely goes away—not even in the passage of time.

Born: Tripoli, Libya 1956. After doing my bit in Suez, returned to S, Wales in 1959. Started piano lessons at age seven and later began studying the oboe at age twelve. Took up the electric guitar at the age of seventeen at which point music became very important to me. By this time I was no longer playing the oboe but my energies were directed to the guitar which I persued through my own studies rather than being formally taught. Some classical guitar lessons helped but I very much wanted to persue my own course. I eventually enrolled at the Welsh College of Music & Drama to do a Performers course but left as I felt I was learning far more musically outside of college than within. Read more…