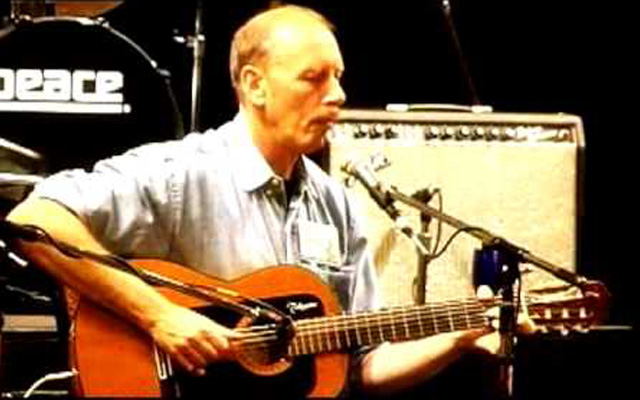 That Duck Baker’s supreme facility with an acoustic guitar is lost to all but a small population of musicians will forever remain a mystery. The hallmark of his playing was his use of thumb and fingers to pluck the nylon strings of his flamenco guitar. This is also an unusual aspect of Baker’s musicianship for it is almost never that a guitar such as this has been used to play the kind of music that the guitarist is known for. Again, few – very few – guitarists were as ingenious, beguiling to the ear, entertaining in their difficult techniques for achieving something approaching rare proficiency in every musical idiom; a musical alchemist if ever there was one. 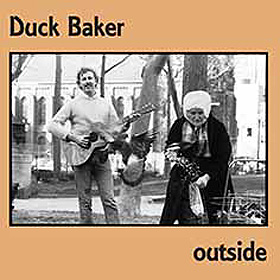 The music on Outside is culled from three iconic performances in Torino, Italy and Calgary, where Duck Baker was a respected presence on the contemporary music scene. ‘Contemporary’? the question is likely to be in many listeners’ minds, especially as the world has become accustomed to equating ‘contemporary’ music with dissonance, odd metres and unusual chord changes. The fact of the matter is that it is the manner in which Duck Baker makes musical traditions relevant even today that qualifies the modernity of his playing in same sense that Charlie Christian was in his day, Wes Montgomery was in his and Pat Metheny is today. Nowhere else is this more audible than on Baker’s superb version of Ornette Coleman’s ‘Peace’ where the guitarist commands the listener’s undivided attention with his melding of the voices of folk, blues and jazz.

Throughout this substantial album (which EMANEM release is not?) challenges us to think again about the method and format of the music’s of the western world in a voice that has not – and will not – be duplicated in the near future at least. Throughout the performances, spanning seven years, Duck Baker shares his virtuosity in sharply etched textures and bracing harmonic astringency. His 1977 session, shared with Eugene Chadbourne features dramatic sequences of exchanges whose aphoristic nature teasingly and obliquely evokes the historical fragments of the day. Both men share a subtle ear for string textures and a capacity for demanding much of their interpreters’ techniques. This is no light matter, with the experimental ideas much taken up at a time when music had fallen into disarray with the rise of artificial boundaries that separated music thanks to the ‘suits’ who controlled its sales and marketing worldwide.